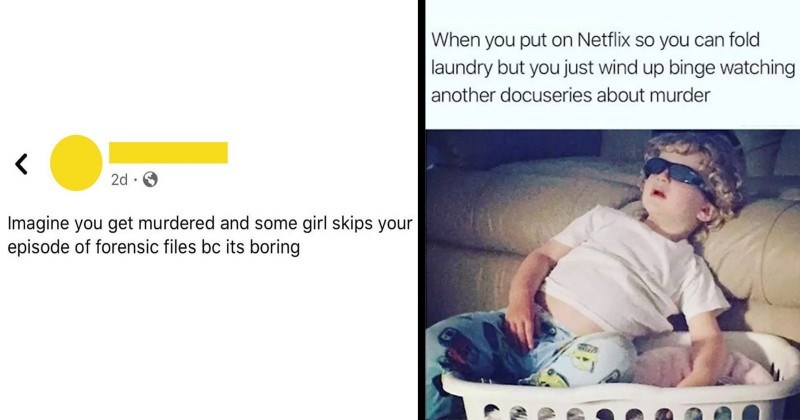 On this day in 1894, H.H. Holmes was arrested for four murders, though it was later discovered that he probably tortured and killed several hundred more people in his Chicago murder castle. If you’re a freak like us and have a morbid fascination for true crime, violent history, and serial killers, you likely already know all about Holmes. And if you don’t, well, good for you—chances are you sleep better than the rest of us. We’ve put a bunch of true crime memes together to commemorate the arrest of America’s first serial killer and to celebrate not being brutally murdered by psychopathic killers.