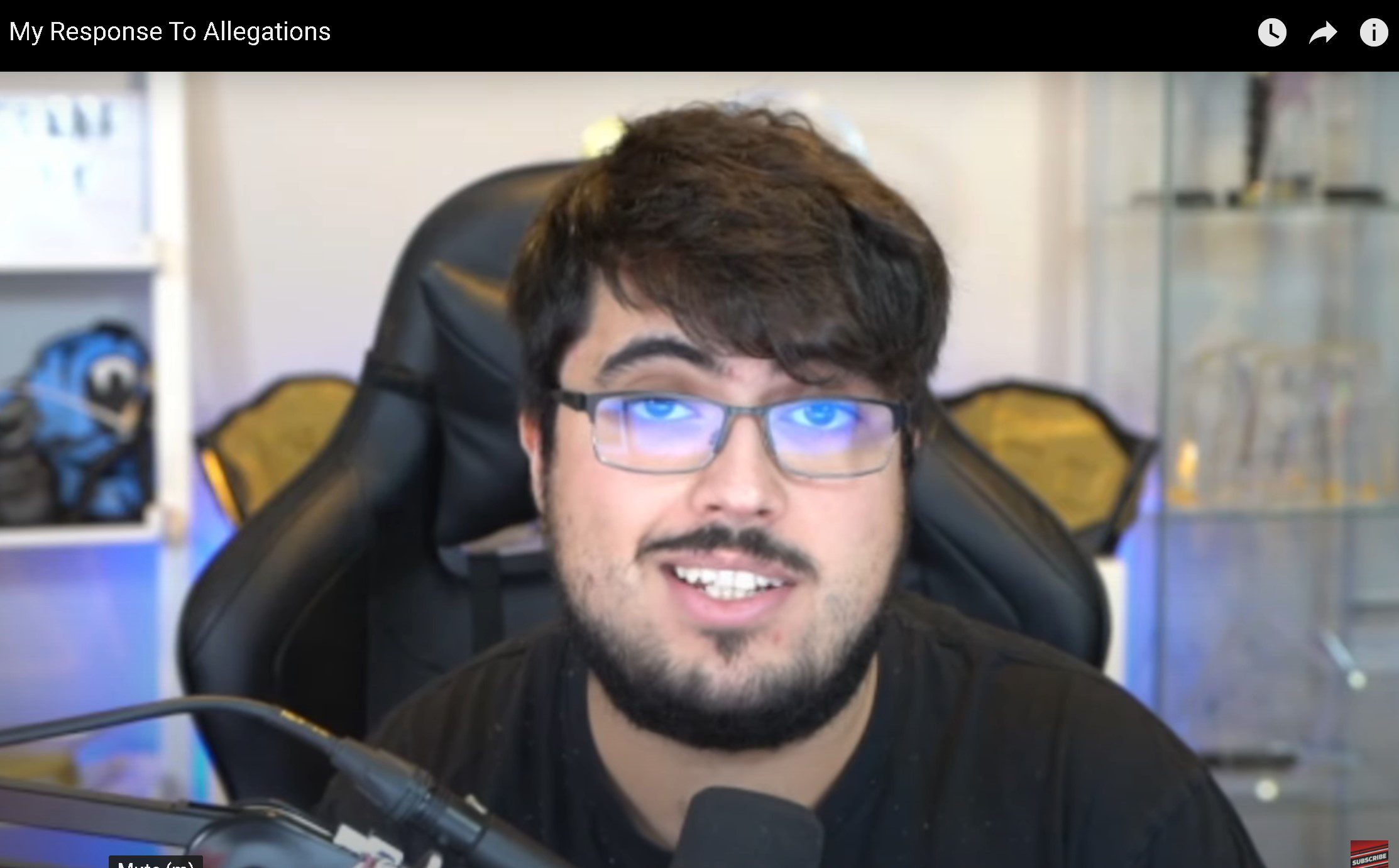 ZeRo was accused of sending and requesting sexually explicit images to/from minors. On July 5th, 2020, he confessed to the allegations, though insisted he never had sex with a minor, leading his sponsor to drop him and Twitch to ban him.

In an upload to his channel on Tuesday, he recanted his confession and denied all allegations. ZeRo claims that the stress brought on by the allegations and his inability to disprove them caused him to spiral into depression and self-sabotage by confessing. He says his confession was intended to be a suicide note. ZeRo attempted suicide in March 2021.

“My confession is nothing more than a suicide letter that I wrote during a tremendous mental breakdown. I had fully planned to take my life right after posting that document because I pretty much lost all faith in that scenario,” ZeRo said.

ZeRo’s return appears to be prompted by a pair of videos from YouTuber Technicals, each of which is roughly an hour-long, that investigate the wave of allegations from last year and present evidence that challenges the allegations against Sky Williams and ZeRo, in particular.

ZeRo states he never had any intention to groom minors and that the allegations were an attempted assassination of his character. He stated he has retained legal counsel to challenge the allegations and will not speak about them further publically.

The ZeRo situation resembles that of Smash player Nairo, who was accused of having sex with a minor. Several months after the allegations against Nairo came out, the Smash player challenged them and claimed he was raped. At the time, Nairo entered a legal battle and later returned to making YouTube videos.

The Smash community was divided on the return of ZeRo to content creation, with some believing the case for ZeRo’s innocence presented by the Technicals video with others retaining doubts.

the smash community is so fucking god awful

so you’re telling me technicals debunked a bunch of things about zero except for the thing that literally got him banned but people are welcoming him back? the smash community is a fucking joke, I can’t deal with this shit

Only the smash community would Slander Zero and Nairo. Then this same group of people will welcome them back like they weren’t the same ones talking shit

Thoughts on the Technicals video:

• Nairo needs to prove his innocence.

• Community is biased when it comes to unbanning players.

• Leffen and Jisu still not being held accountable by the Melee community is mind boggling.

ZeRo has returned to posting Smash-related content on YouTube, but how the community will ultimately receive them is yet to be seen.