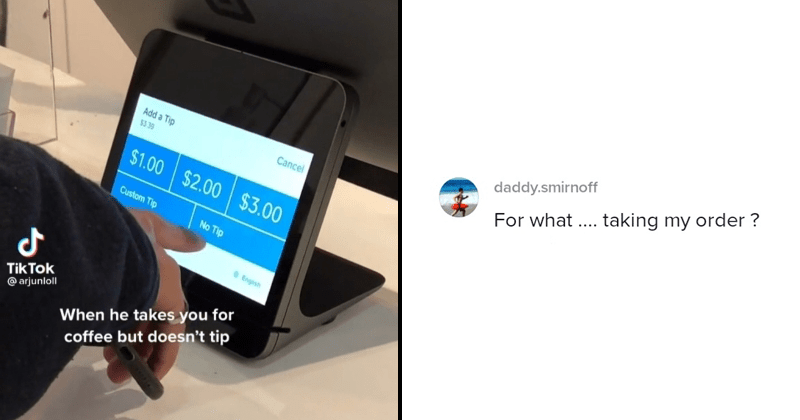 For everyone involved in the process, tipping can be a tetchy subject. In some professions, people rely on it to survive; in others, it’s just a courtesy but still an important one. As a customer, some people are inclined to tip more, less or not at all depending on service and personal philosophy, but opinions on how and when it is appropriate almost always cause controversy.

This was recently proved by @arjunloll, who posted a video which had the comment section up in arms. The TikTok shows a man buying coffee and repeatedly pressing the “No tip” option at the payment terminal. While it was suggested that his behavior was a major red flag, many viewers defended his decision and claimed they would do the same thing. This didn’t stop some from taking offense at the snub, though. It might not hurt to be generous once in a while, but not everyone is convinced.