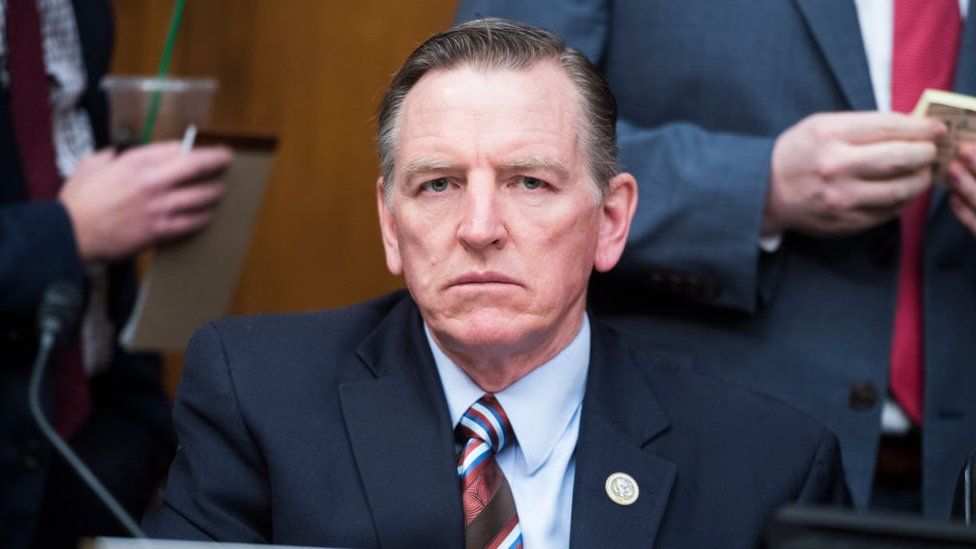 Anime. Not even once.

Such was the lesson congress served to Arizona Rep. Paul Gosar when they voted to censure him for posting an Attack On Titan intro parody in which he, as Eren Jaeger, killed titan versions of AOC and Joe Biden. It is the first time the House has voted to censure a member of Congress in a decade.

Congress voted largely along party lines in a 223-207 vote to censure the congressman, meaning he is stripped of his duties on the Committee on Oversight and the Natural Resources Committee. The censuring essentially gives Gosar no power to influence any policies, making him largely a figurehead and a token Republican vote.

In Congress’ debate on the matter, Gosar attempted to defend the video by saying it depicted a “symbolic” “policy battle.” Gosar removed the video from his Twitter account but never apologized for the video, tweeting “It’s a cartoon, relax.” He was defended by representatives like Andy Biggs, who used his credentials as an arguable weeb to explain to Congress that Attack on Titan was just “highly stylized violence.” “I lived in Japan for several years,” Biggs noted before defending Attack On Titan.

Thus ended just another day in Congress in which one of the most powerful legislative bodies in the world spent the afternoon deciding to punish a member for anime s***posting.