Later, following the release of the update on November 16th, users on social media posted made multiple viral posts about the collaboration, including jokes about Naruto characters using guns, them being defeated by characters from other franchises and videos of Sasuke Uchiha performing Fortnite Dances (due to this being particularly out of character for him).

For example, on that day Twitter user @Xill_kah posted a screenshot of a player using Ariana Grande skin opposing a player using Sasuke Uchiha skin, writing, “The Uchiha bloodline ends here.” The post received over 27,800 retweets and 161,700 likes in two days (shown below, left). An image of Rick from Rick and Morty carrying Kakashi Hatake, posted by Twitter user @KazuCrash_ on the same day, gained over 20,500 retweets and 153,600 likes in the same period (shown below, right). 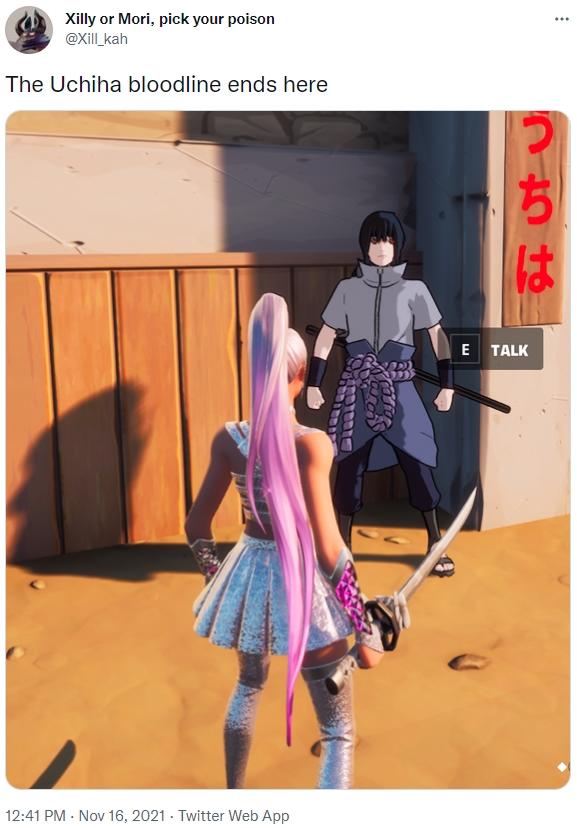 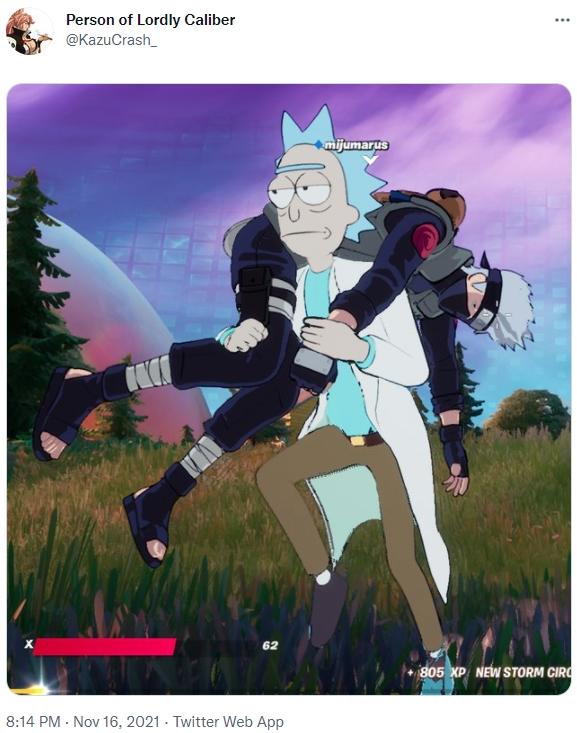