The scene in both a still-image format and GIF format became increasingly popular over the course of the 2010s. On November 21st, 2016, Twitter user svrrealism posted the image captioned “me deleting a selfie that got 3 likes,” gaining over 61,500 likes and 30,900 retweets in five years (shown below). A screenshot of the tweet was posted to Tumblr the next day, gaining over 38,400 notes in the same span of time. 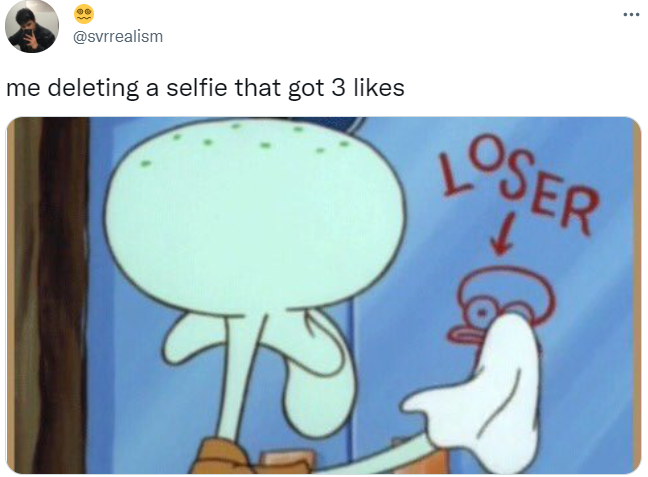 Memes using the image often play off of the idea of deleting something out of shame. On February 17th, 2017, Twitter user @jocar918 tweeted the image captioned “Me deleting the text convo after being left on read so I don’t get reminded how unwanted I am,” gaining over 380 likes and 280 retweets in four years (shown below, left). It was screenshotted, recreated and reposted numerous times across social media. On April 22nd, 2018, now-suspended Twitter user tweeted, “me deleting a tweet that I thought was funny after it getting 0 attention,” gaining over 263,000 likes and 88,000 retweets in three years (shown below, right). The post was featured in a Buzzfeed article on April 30th.