Discussion online related to Benadryl and DPH started most notably on the site 420chan around 2010-2011 in the discussion board /del/, which was reserved for discussions on deliriants. However, /del/ has since been removed from the site, replaced with a new deliriant-centric board. This means that the earliest known discussions about Benadryl online have been lost. However, the earliest Benadryl meme was added to the Know Your Meme database on November 6th, 2009 (shown below). 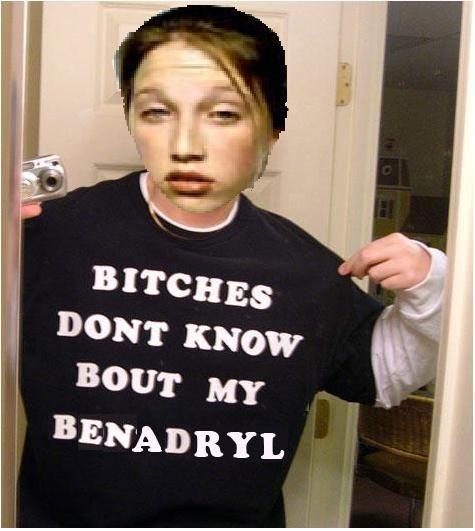 In April 2014, discussion about Benadryl online received increased attention after the creation of the r/DPH subreddit. The subreddit mirrored a lot of the discussions occurring on 420chan’s /deli/, as well as discussions being had on 4chan. Memes made about Benadryl began appearing most notably in 2014. For instance, an image of a Benadryl package with spiders on it was first posted to 4chan on November 16th, 2016 (shown below, left). The first meme posted to the r/DPH subreddit was uploaded by Redditor throwaway07080_9 on December 6h, 2017. The meme (shown below, right) received 54 upvotes over the course of five years.