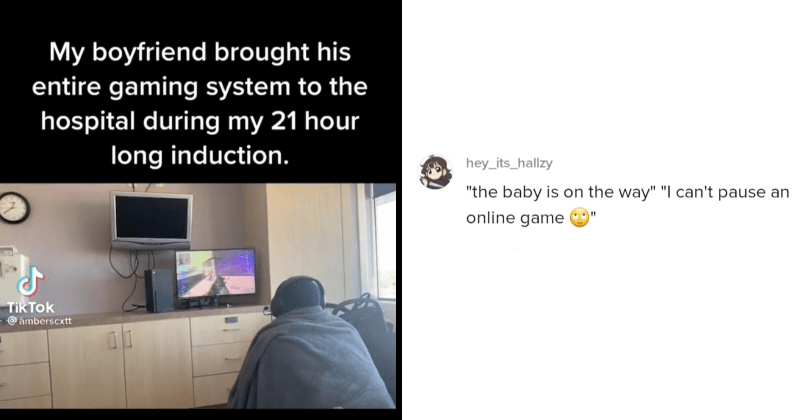 Growing a whole baby and pushing it out of you is one of the most reliably traumatic things you can do to a human body. It’s a scary prospect for anyone, and the bare minimum many people would want when giving birth is a supportive partner to scream at.

On the other hand, the birthing process can often be a long one and the waiting around can get tedious for everyone involved. This is a problem that @amberscxtt attempted to solve when her boyfriend accompanied her to hospital for her induction. Sharing to TikTok, she showed how he had brought his entire gaming setup to her hospital room to occupy him through her 21 hours of labor.

The video almost immediately received backlash from concerned Tiktokers, with some going as far as claiming that it was a sign he would be an unfit father. However, Amber remained adamant that the choice had been a mutual one, and plenty of others supported her. So long as the baby doesn’t interrupt his killstreak, I guess.