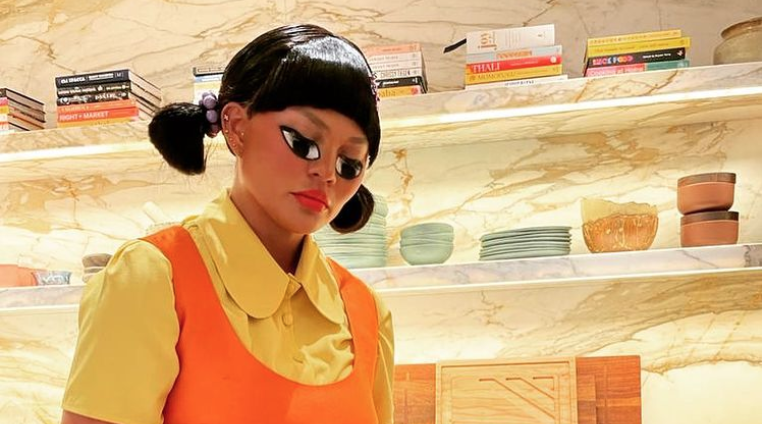 This may be a shock, but a millionaire celebrity is receiving backlash for doing something out of touch.

The culprit this time, as it so often is, is Chrissy Teigen, who recently hosted a Squid Game-themed party in her lavish mansion, replete with a full-house redecoration, games with extraordinary prizes such as a trip to Napa Valley and dinner at French Laundry and, of course, costumes. Squid Game, you’ll recall, is Netflix’s recent megahit from South Korea that shows a cast of financially struggling citizens playing deadly versions of children’s games for the rich’s amusement.

“Where do I even begin!! What an absolutely epic night. My dream came true of watching my friends fight to the death,” Teigen wrote.

To many, it appeared as though Teigen’s extravaganza missed the fairly clear anti-capitalist sentiments of the show.

the simply unmatched irony of john legend and chrissy teigen hosting a squid game party for all their rich celeb friends >>> pic.twitter.com/UdCj80li0l

Who do you think missed the point more: Kylie Jenner and her Handmaid’s Tale party or Chrissy Teigen with her Squid Game party? pic.twitter.com/BUJVLXFGsZ

Yknow what, I’m tired of being self aware and trying to live a judgment free life. I wish to be as ignorant as Chrissy Teigen hosting a Squid Game party with her rich LA friends.

The backlash recently became a Twitter moment and it was covered by Buzzfeed. Of course, Squid Game was an uber-popular costume this Halloween, and it’s not unnatural that the uber-rich would simply pick up on the latest pop culture trends for their own shindigs. But, Teigen is an eternal punching bag of social media, so it’s not unnatural she would generate such a backlash for a tone-deaf stunt.