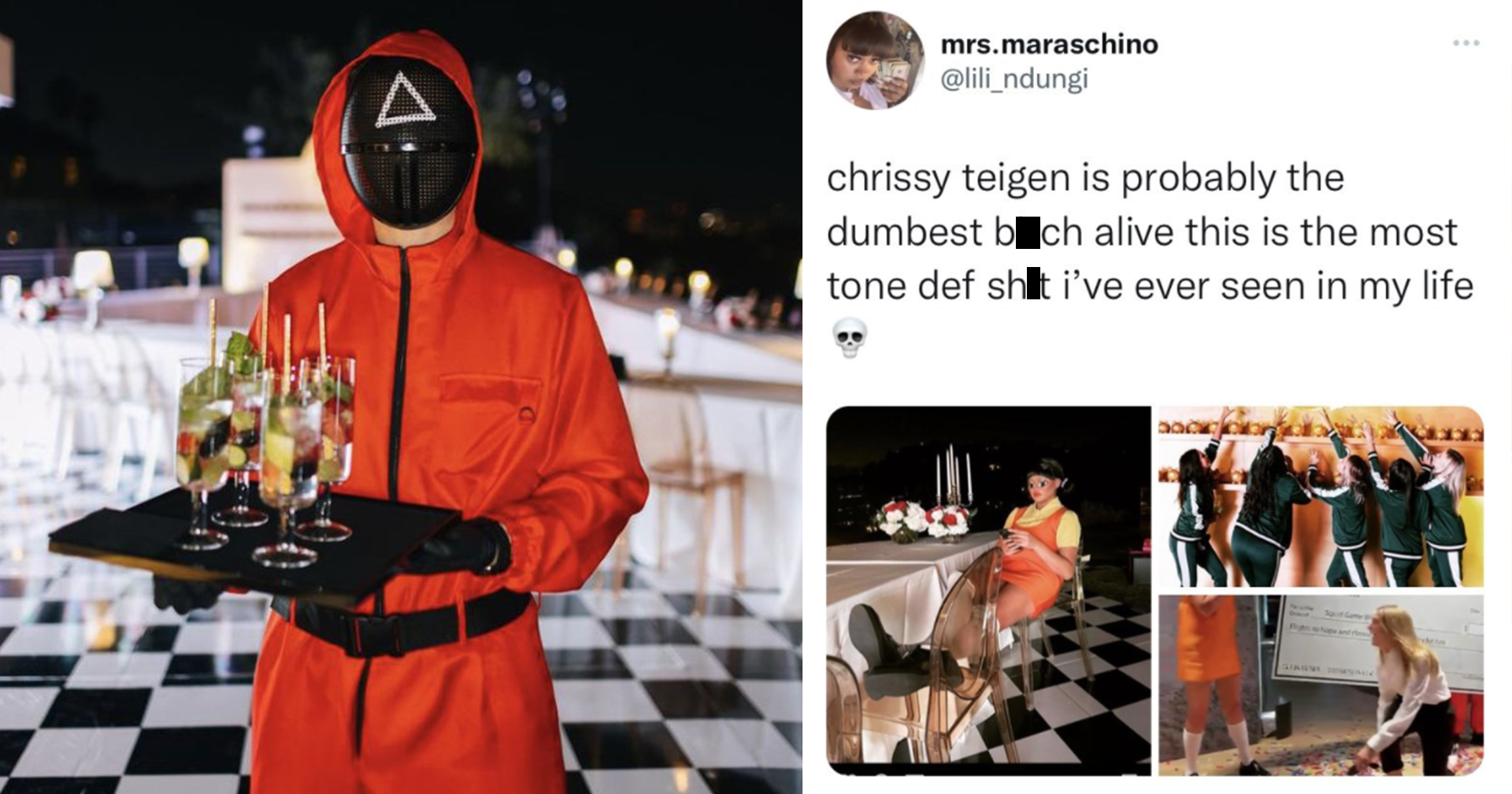 Chrissy Teigen and John Legend hosted a decadent Squid Game–themed party for their rich friends in Los Angeles earlier this week. ‘What an absolutely epic night. My dream came true of watching my friends fight to the death!’ the millionaire wrote in an Instagram post shortly before deleting it. As expected, people called Teigen out for seemingly ignoring Squid Game’s underlying themes about wealth disparity. Ah sh*t, here we go again. Despite all the past criticism, Teigen is still doing what she does best: missing the point in an epic way. You’d think she’d have learned a valuable lesson after getting completely dragged for her revealing tweet about Parasite. Nope. She’s doubling down, if anything. To be fair though, Chrissy Teigen probably can’t think straight with all that money clogging her brain.