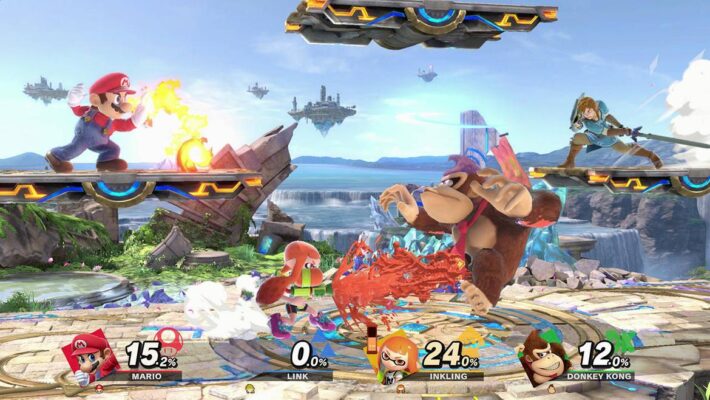 Nintendo has announced a partnership with Panda Global to create the first official competitive Super Smash Brothers circuit for both Ultimate and Melee.

We are proud to announce our partnership with @NintendoAmerica

The announcement was a very welcome surprise to the competitive Smash community. Nintendo has been infamously averse to acknowledging the competitive community among its games, particularly Super Smash Brothers, on the basis that competitive play goes against the “party” spirit of Nintendo’s multiplayer games. In 2013, Nintendo went so far as to try and block Melee from appearing at EVO, the premier fighting game tournament. In 2020, Nintendo issued a cease-and-desist to the Melee “Big House” tournament due to its use of the Slippi mod, which allowed players to play the Gamecube game online. This led to the #FreeMelee movement within the community.

Until now, the competitive Smash scene, which is relatively massive on a global scale, has relied on fans to organize tournaments. An officially licensed competitive circuit organized by Nintendo – with cash prizes of a yet-to-be-announced amount – is undoubtedly a boon to the scene.

Today is the first day of a beautiful future.

Thank you for acknowledging competitive Melee and for providing support to both scenes.

I’m looking forward to what can be accomplished with both parties working together.

This is gonna be something very special. 🙌

I legitimately never thought I’d see the day Nintendo acknowledged competitive Smash, much less team up with an esports org

This is a very momentous occasion https://t.co/54gBGzG7pY

I joined the Smash community in 2007. 14 years ago we would dream about the day that competitive Smash was supported by Nintendo at a large scale.

For us those dreams didn’t die over the years, they only grew stronger.

There was still some skepticism about Nintendo getting involved in the Smash scene, which had been doing decently on its own. Some players expressed concerns over what Nintendo may or may not allow in an officially licensed competitive circuit.

Mixed feelings on the Panda Global announcement. Nintendo granting the “license” to run a smash circuit is another step forward for competitive smash to exist outside of “grassroots.”

Still, the general reaction to the news has been excitement and positivity. The Smash community will have to wait until 2022 to see if the promise of an officially licensed competitive circuit lives up to the hype.