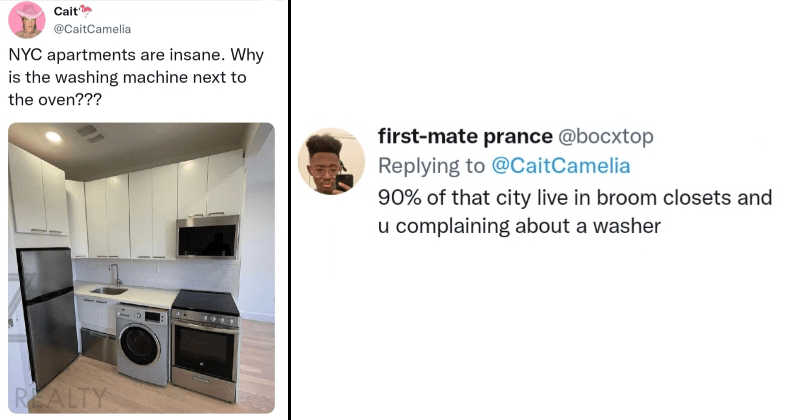 It’s common knowledge that renting in a major city is a headache for everyone but the mega rich. There’s always going to be something you have to compromise on, and even then you wave goodbye to nearly half your monthly income for rent. It’s no wonder that people get very opinionated when it comes to housing.

Take @CateCamelia, for instance. She gained Twitter’s attention when she complained about a New York apartment listing she had found with a particularly cramped kitchen. So far, so normal, but she was also troubled by the fact that the washing machine was included, and right next to the cooker.

Her reaction caused some controversy, with some pointing out that having your own washer is a privilege in many NYC living situations and others advising her that it was common in other parts of the world. On the other hand, numerous individuals shared in her horror. Whatever your opinion on doing your laundry in the same area you cook, there is one thing we can all probably agree on: this is a kitchen designed by somebody who exclusively lives off takeout.