In the following months, screenshots of the post saw viral spread online. For example, on December 4th, 2019, Redditor milesbt posted a screenshot to /r/ihadastroke subreddit, where it gained over 39,100 upvotes in six months. On January 14th, 2020, iFunny user Nezuko_Kamado reposted the image, with the post accumulating over 25,300 smiles in one year.

On January 14th, 2020, Redditor gcsawesome posted the earliest found meme referencing the post, a The World If meme that gained over 1,800 upvotes in six months (shown below). 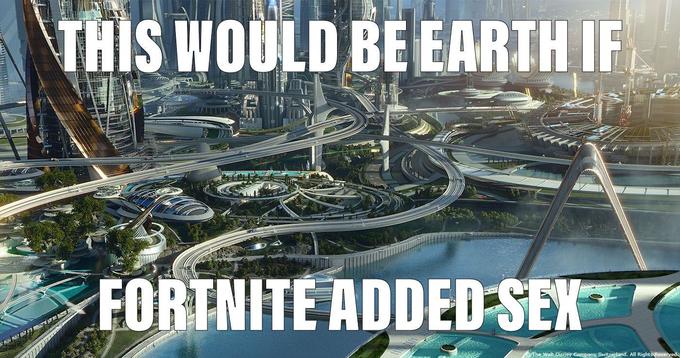 On June 30th, 2020, Redditor chef_jeff_likes_meat made a similar post titled, “Fortnite needs sex” in /r/FortNiteBR and /r/copypasta subreddits, with the post gaining over 12,100 upvotes in /r/copypasta. The post (shown below) was widely circulated online in the following months; for example, a same-day repost in /r/comedyheaven received over 8,800 upvotes in six months. 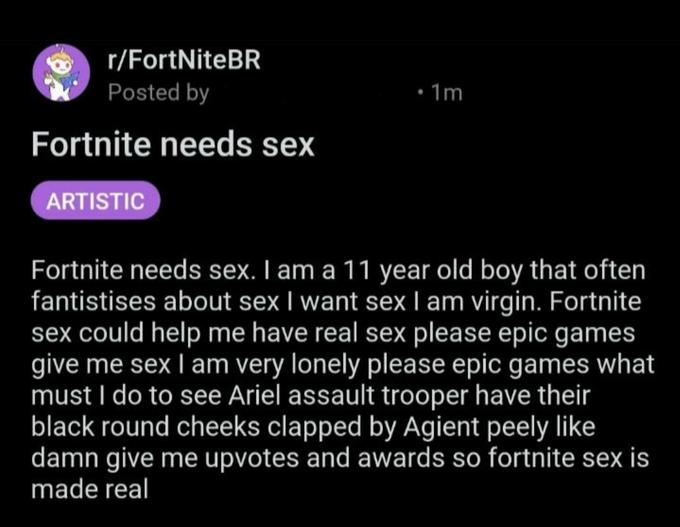