On March 30th, 2021, the same GIF was posted to /r/Steam, where it gained over 46,000 points in six months. Over the following months, similar posts appeared across social media with a different GIF sarcastically representing how rich a person felt after receiving a few cents. For example, on August 11th, iFunny user Earlchickenearl posted a picture of Huell rolling in money with the caption (shown below, left). On November 18th, Redditor lucasharibo posted a picture of a cat appearing to be sitting with a glass of wine with the caption to /r/memes, gaining over 78,000 points in less than 24 hours (shown below, right). This led to a thread about the memes to get posted to /r/OutOftheLoop. 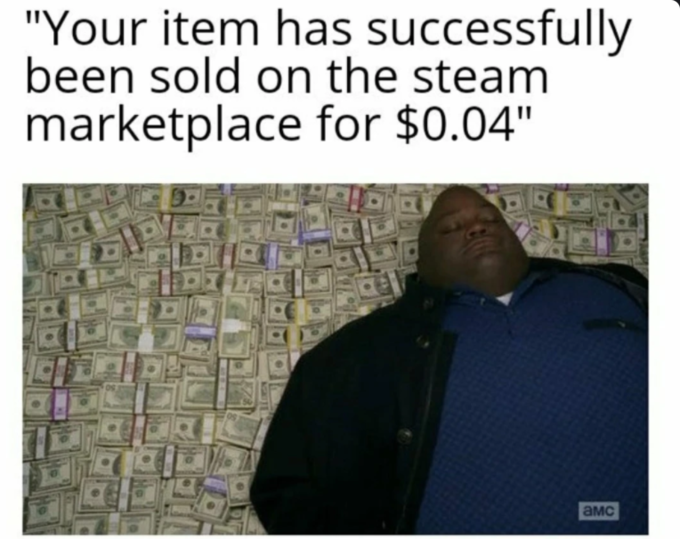 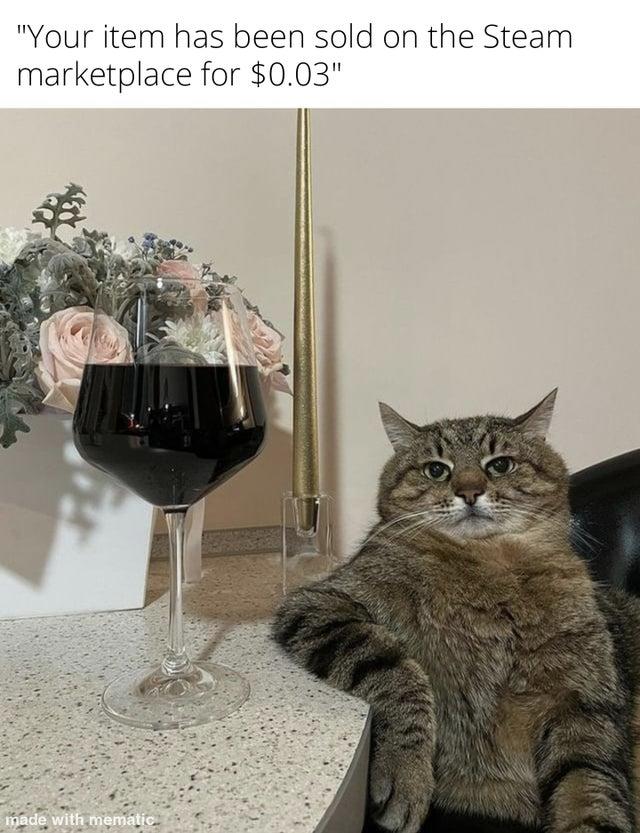