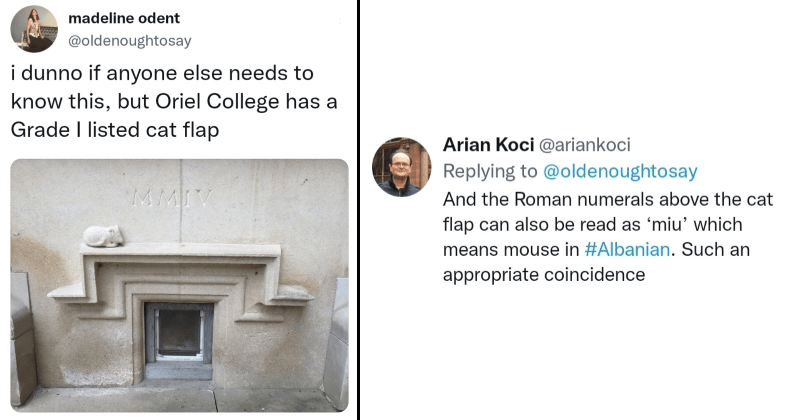 While the concept of the doting cat mom might be a relatively new phenomenon, humans have shared homes and lives with their feline friends for thousands of years. It makes sense that there is some historical evidence of pet cats in old buildings, even if it’s not the first thing that springs to mind when it comes to ancient architecture.

The reality is even more delightful than you might think, as a thread started by @oldenoughtosay has revealed. It would seem that the tradition of ornate cat flaps is a surprisingly established one, and they’re just as adorable as you might think. It also confirms that these creatures have been milking us for all the benefits they can get for a long, long time.