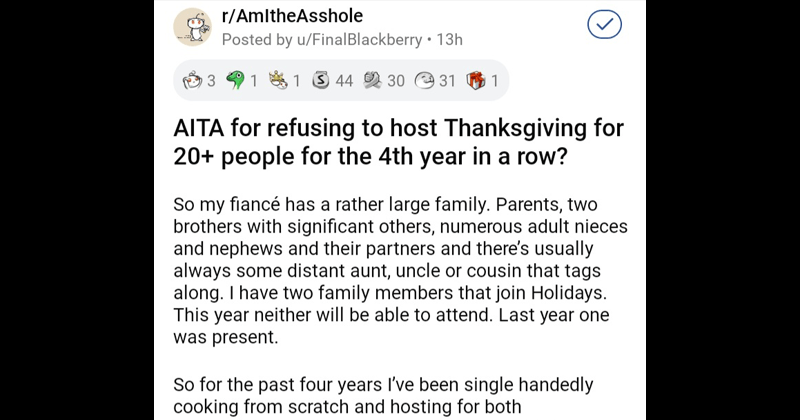 Family holidays are a notion that sends a shiver down many peoples’ spines. The politics, the arguments, having to sit next to the uncle you really, really hate — you’re never far away from a crisis when you bring too many relatives together under one roof.

The more hosting responsibility you have, the more stressful it gets, so it’s no wonder some of us are averse to doing the honors when it comes to big days like Thanksgiving.

For u/FinalBlackberry, this unwillingness runs deep. Taking to r/AmITheAsshole to share her woes, she described how her fiancé had turned against her after she refused to cater to 20+ members of his extended family for the fifth year running. Citing her poor health and their selfish behavior, Redditors were almost unanimously in support of her decision. Of all the holidays to try and be ungrateful, this is not the one.