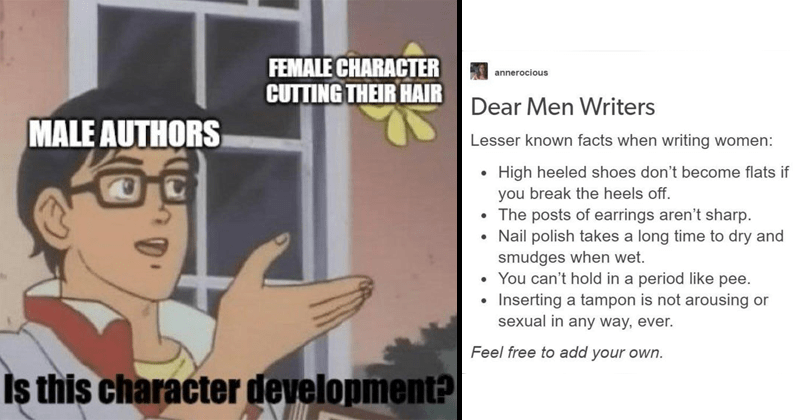 It’s incredible how growing up it seemed that many female characters (except maybe Charlotte of Charlotte’s Web) in literature, television, or movies fit into some pretty specific molds. Not much has changed. Some are misogynistic (why must we talk so much about boobs?) and some just misguided – but most shallow, flawed, and frankly, insulting feminine portrayals have come from the pens of men. They’re so famously bad at writing about women that there is an entire subreddit dedicated to their ineptitude. It’s filled to the brim with Tumblr truth bombs, funny memes, and cringey screenshots, all dedicated to this epidemic of boring and low-effort portrayals. We’ve put together some of the subreddit’s best gems in this painfully problematic gallery, but there’s way more where they came from.