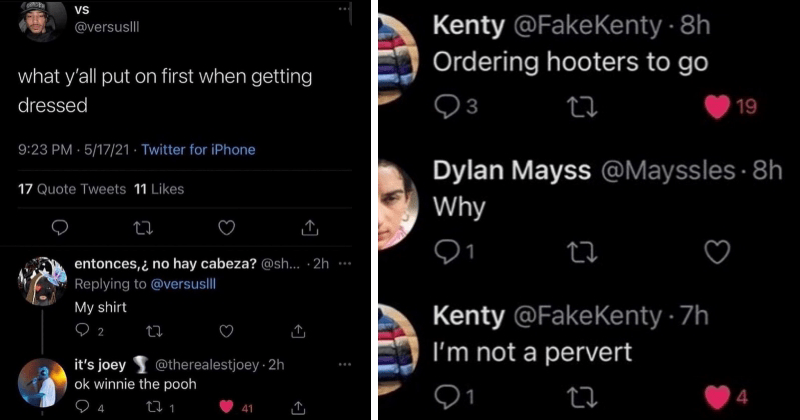 With social media, it’s the people that use it who make or break the experience. The number one reason most of us are addicted to these dumb little glowing screens is the completely deranged behavior that others display on the internet. If that doesn’t sound relatable, then you’re probably the deranged one — but hey, at least everybody in this situation is being kept entertained. Sometimes it can seem like a mistake that it was ever allowed for complete strangers to interact with each other online, but other times it produces the kind of hilarious exchanges that you could only expect here. Thank you, internet, for giving conversations great and dumb an audience of millions that they probably shouldn’t have, but do anyway.