People on Twitter reacted to “Big Titty Goth Heaux” after it sold so quickly. Twitter user @ebruenig tweeted on November 21st, 2021, “think thats pretty much a wrap on western civ. president jinping, fire at will.” Her tweet (shown below) received roughly 9,600 likes over the course of one day. 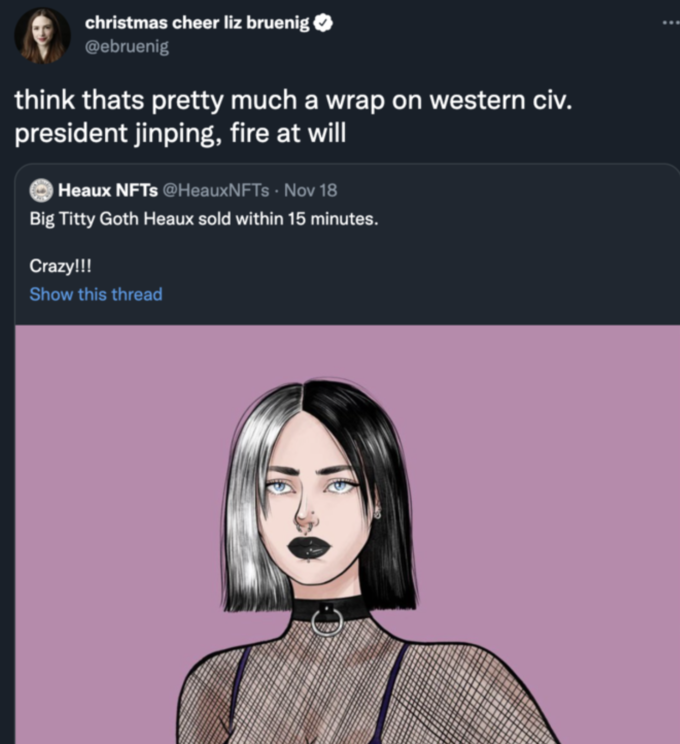 Instagram meme accounts reposted screenshots of a Heaux NFT tweet that was posted on November 18th, 2021, but later deleted. The screenshot is a tweet from the account that talked about how Heaux NFTs could be rented out for other users to have sex with as a way to mitigate incels’ sexual aggression. Instagram account @incellectuals8 posted a screenshot (shown below) on November 18th, 2021, and received 710 likes over four days.