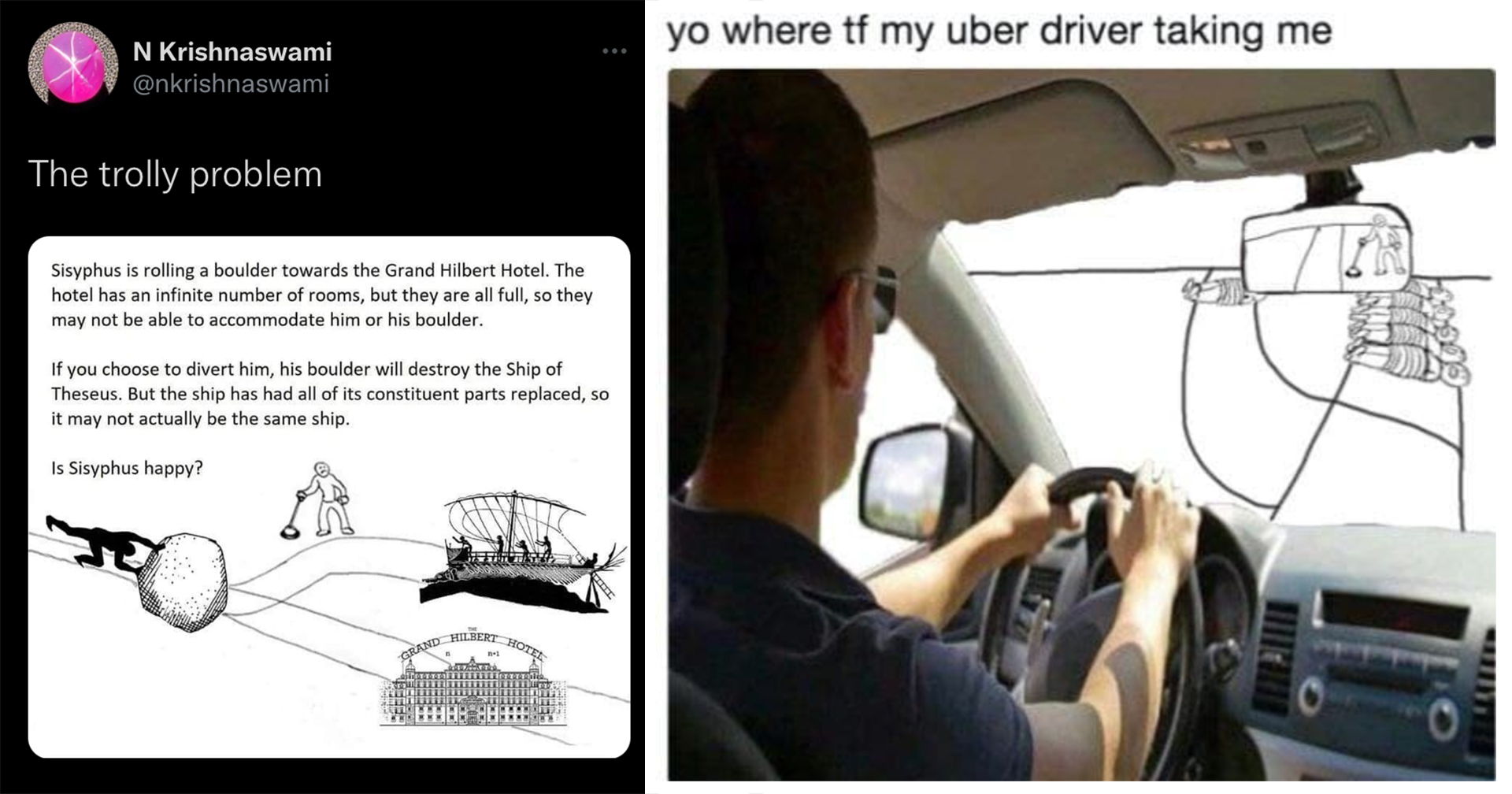 If you’re unfamiliar with the Trolley Problem, it’s a thought experiment that deals with the ethical dilemma of whether to sacrifice one person to save many. According to Wikipedia, the original dilemma goes something like this: ‘there is a runaway trolley barreling down the railway tracks. Ahead, on the tracks, there are five people tied up and unable to move. The trolley is headed straight for them. You are standing some distance off in the train yard, next to a lever. If you pull this lever, the trolley will switch to a different set of tracks. However, you notice that there is one person on the side track. You have two options: 1. Do nothing, in which case the trolley will kill the five people on the main track. 2. Pull the lever, diverting the trolley onto the side track where it will kill one person. What is the right thing to do?’

There have been many variations of the Trolley Problem. So many, in fact, that the dilemma has become an exploitable meme. @nkrishnaswami shared a variation of the Trolley Problem that is more of an absurdist mashup of many different philosophical and mathematical problems: ‘Sisyphus is rolling a boulder towards the Grand Hilbert Hotel. The hotel has an infinite number of rooms, but they are all full, so they may not be able to accommodate him or his boulder. If you choose to divert him, his boulder will destroy the Ship of Theseus. But the ship has had all of its constituent parts replaced, so it may not actually be the same ship. Is Sisyphus happy?’ The thread developed into an amusing discussion about the Trolley Problem, Sisyphus, the Ship of Theseus, and Hilbert’s Paradox of the Grand Hotel. We’ve added a handful of Trolley Problem variations for good measure.