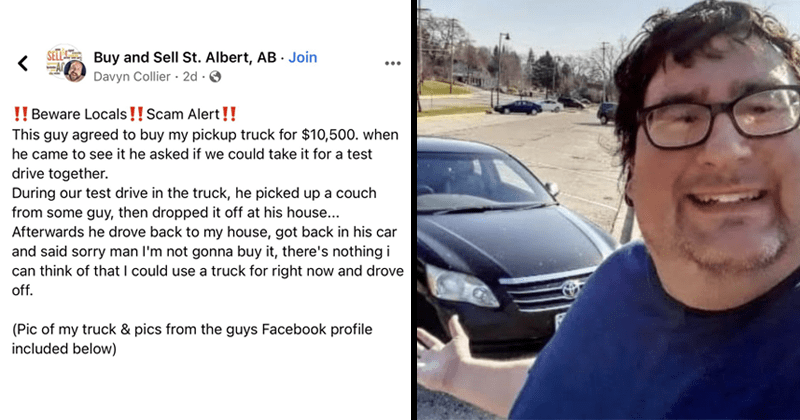 It takes a certain amount of balls to decide to scam a person. It takes a metric f*ck ton of balls to scam someone and have them accompany you on your scamming journey. This is exactly what happened to one Calgary man. In a Facebook post (which has since been deleted), Collier warns Calgarians to keep an eye out for a scammer that used him for his truck. Collier explains that the man in question agreed to buy the truck for $10k, but wanted to take it for a test drive with the unsuspecting salesman. The pair got into the truck and the scammer proceeded to pick up a couch, drop it off at his house, and then announced to Collier that he would not be purchasing the vehicle before driving away in his own car.

The Facebook post went viral, making its way to Twitter, where most people actually applauded the scammer for his wily wits, and straight up mocking the victim. While we feel a little bad for laughing at Collier’s expense, the ruse is just too good not to.