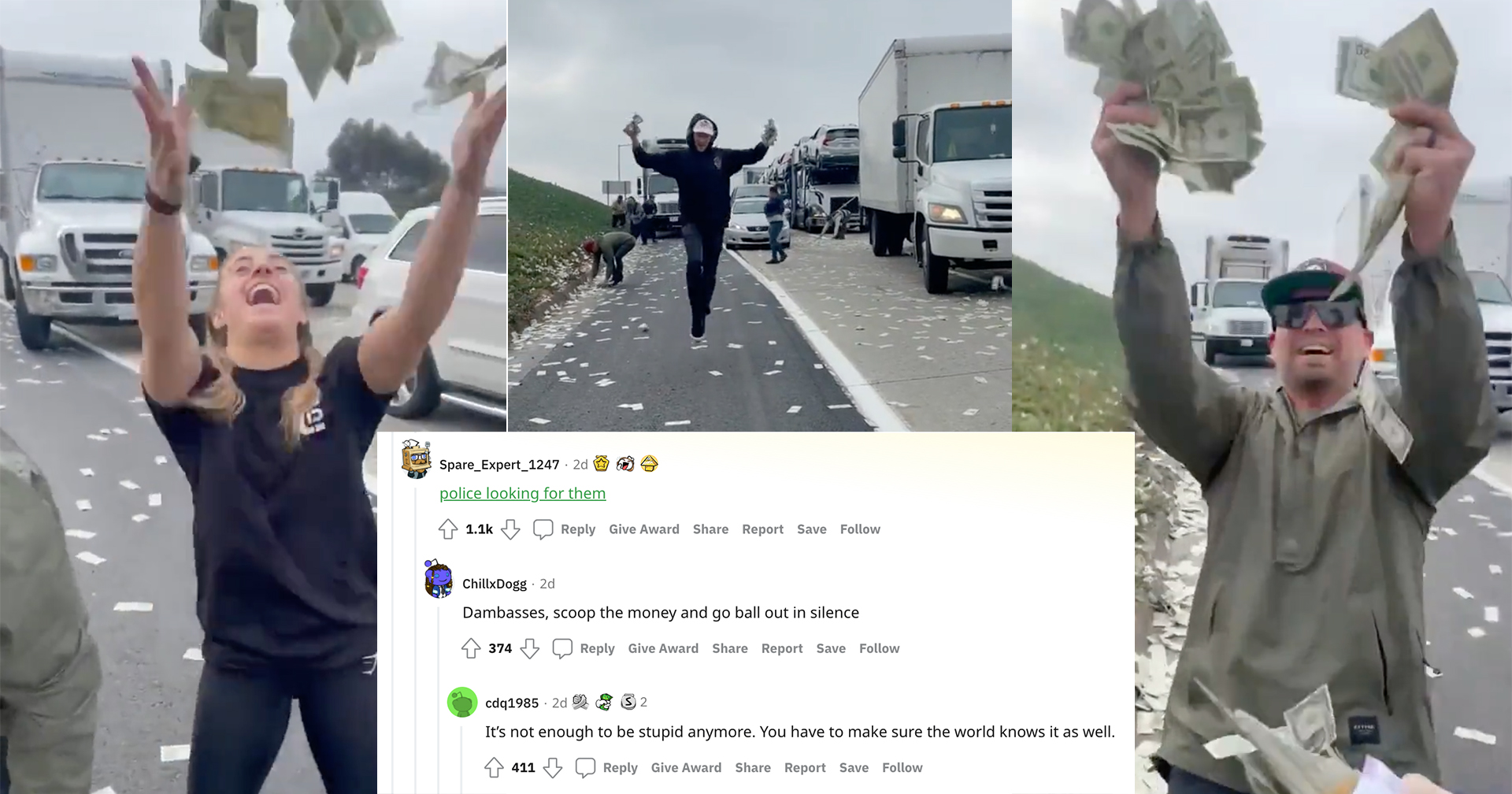 On Friday, motorists rejoiced on a freeway in San Diego after an armored car hemorrhaged cash all over the place. Fitness influencer @demibagby recorded a video at the scene showing herself, her friends, and strangers picking up piles of money. The video went viral and the police are now working to identify anyone who might have pocketed money form the armored car. While many of @demibagby‘s Instagram followers responded positively to the video, Reddit and Twitter roasted the influencer for incriminating herself so brazenly. ‘Too much videoing and not enough picking up money’ one Twitter user said. We’re not sure what was going through their minds, but they definitely weren’t considering any sort of potential consequences. At a press conference, CHP Sergeant Martin said ‘if you found money on the freeway, it is not your money. It belongs to the FDIC and this armored truck and the bank. It needs to be returned.’

Keep scrolling to see @demibagby‘s viral video and how the internet reacted.