Additionally, after the pair’s engagement was announced, the concept of Big Dick Energy began to circulate their relationship after Ariana Grande revealed in a now-deleted tweet that Davidson’s penis was approximately 10 inches. This fact began to validate for some Twitter users like @EmilyGould why Grande would date and then get engaged so quickly to someone like Davidson.

The couple’s engagement was later called off when the two split in October 2018. Twitter users like @fanaticgrande tweeted that they were not surprised by the split, adding to the extending consciousness that “Davidson didn’t deserve her.”

Antoni Next to Kate Beckinsale and Pete Davidson Kissing 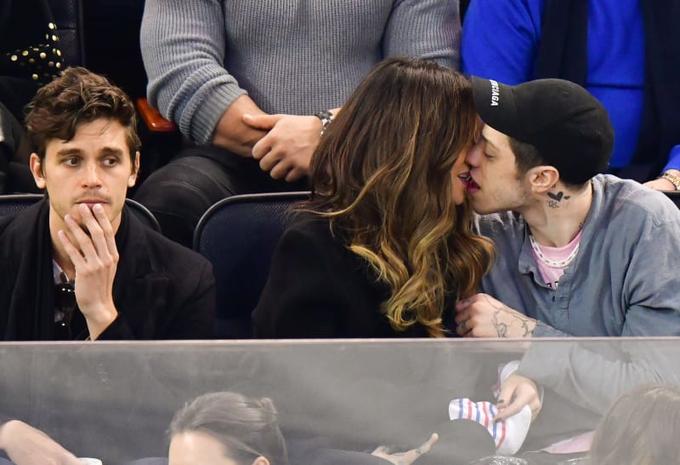 Among the memes using the image as a template, the viral photo of Beckinsale and Davidson further added to his perceived ability to “date up.”