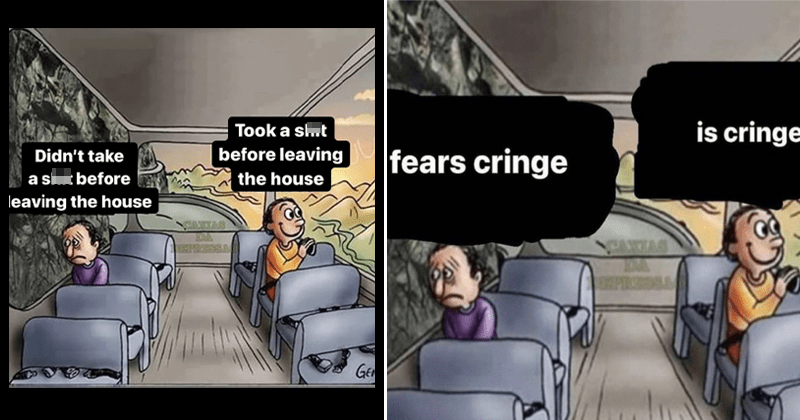 Twitter can be pretty damn toxic. Since I’ve been in quarantine for the last 9 days (almost free!), I’ve been spending way more time on the app than I usually do. That means bearing witness to all sorts of unpleasantries, especially given the political climate right now. Fortunately, amid the muck and the mire, there were some memes that made it all feel a little less unpleasant. The format I’m speaking of features a cartoon from Brazilian cartoonist Genildo Ronchi. The artist shared it way back in 2013, but it made a comeback in the Brazilian meme world 6 years later. It didn’t take off on Twitter until last week, thanks to @frequentpuker.

While we can’t argue with the meme’s sentiment as little beverage-enjoyers, it’s probably not the reason the format has popped off. We’re willing to bet it’s the versatility. Within hours, Twitter users were using it for similar sentiments, as well as some more ironic shitposting. Though the cartoon may seem basic, it’s definitely lending itself to internet humor. Here are the examples we think are the funniest.