The format continued to spread in the following days and weeks. For example, on September 5th, 2021, a now-deleted Redditor posted a version of the meme to /r/dndmemes replacing the fourth panel with glow-in-the-dark dice, gaining over 20,000 upvotes in a year (shown below). 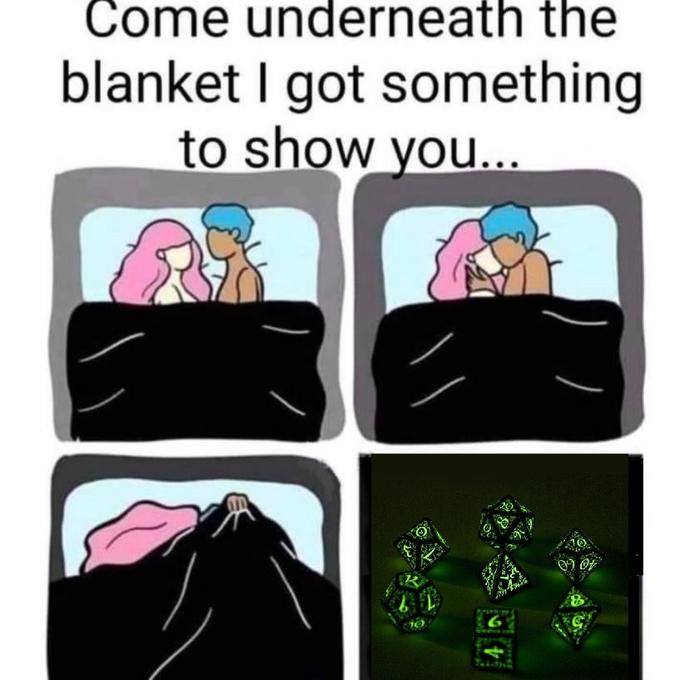 The format and its variants saw increased interest around October 2021. On October 25th, 2021, Twitter user kusodima posted a now-deleted Genshin Impact redraw of the meme where Itto shows off some glowing bugs under the cover, gaining an unknown number of likes and retweets before removal (shown below). On November 2nd, Facebook page I’ve been autistic all along? posted the dinosaur version, gaining over 3,100 shares and 6,300 reactions in three weeks. It was reposted to Instagram page meme.ig the same day, gaining over 129,000 likes in the same span of time. 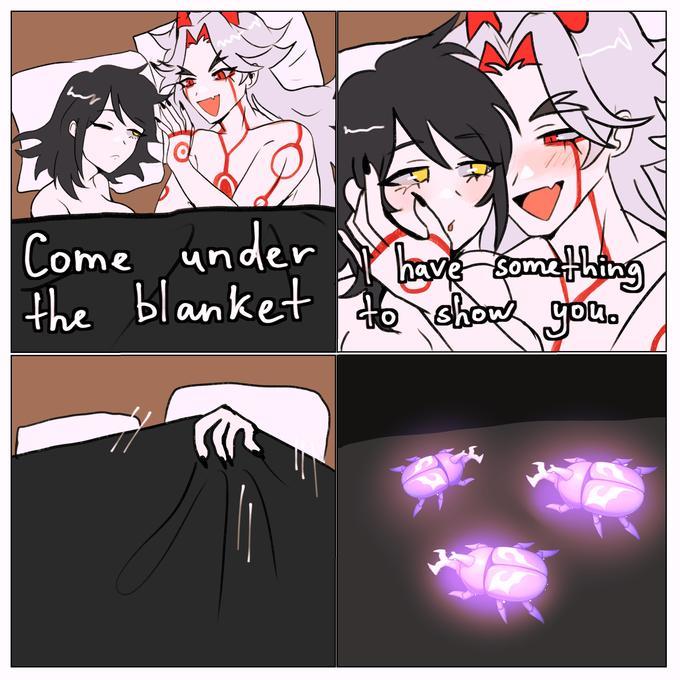