On October 4th, 2021, the mobile game RuPaul’s Drag Race Superstar was released. The game features a cartoon version of various drag queens as well as the show’s host RuPaul, who guides players through the gain. On November 7th, 2021, Twitter user @gchaIloner posted three images to Twitter; an image of Toni Collette from Hereditary looking shocked, followed by an image of cartoon RuPaul saying “hit the slay button!” and finally the same image of Collette Yassified with heavy makeup photoshopped onto her to make her look unrecognizable (shown below, left). The post gained over 126,000 likes and 12,200 retweets in two weeks. This is the earliest known use of the screenshot (shown below, right) in a meme. 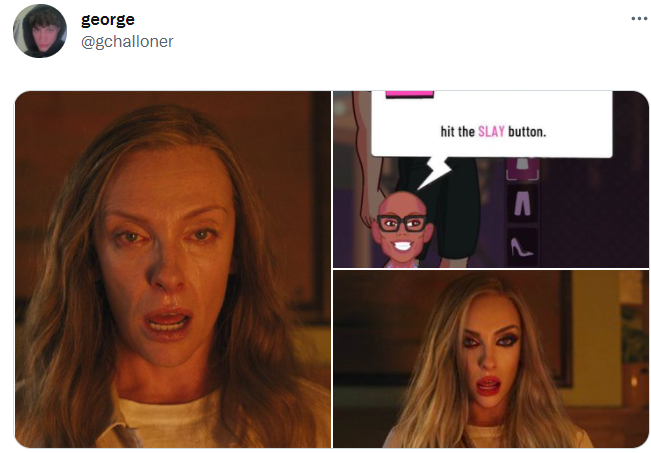 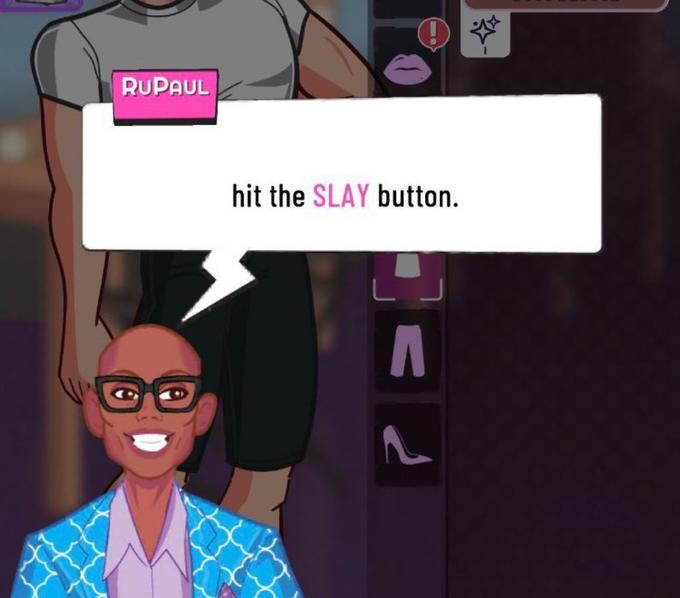