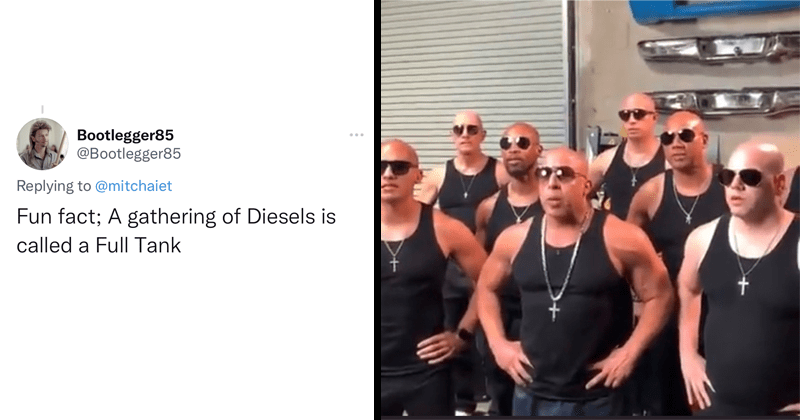 Thanksgiving’s just a couple days away. It’s a holiday that many people spend with family. And nobody appreciates family more than  Fast and Furious‘ bald and burly hero, Dominic Toretto. Dom’s played by Vin Diesel, and is an integral character in eight out of 11 Fast and Furious films. He’s also become somewhat of a meme hero, inspiring a wealth of memes comparable to the wealth he’s stolen as a criminal. While we appreciate all of those jokes, this video takes the meme to the next level by putting a bunch of Dom lookalikes into one room and having them chant…you guessed it. “Family.”

It’s kinda cursed, but also very funny. Twitter users and Fast and Furious fans seem to agree. Best of all, they have not been shy about sounding off with memes (and dad jokes) in the replies.