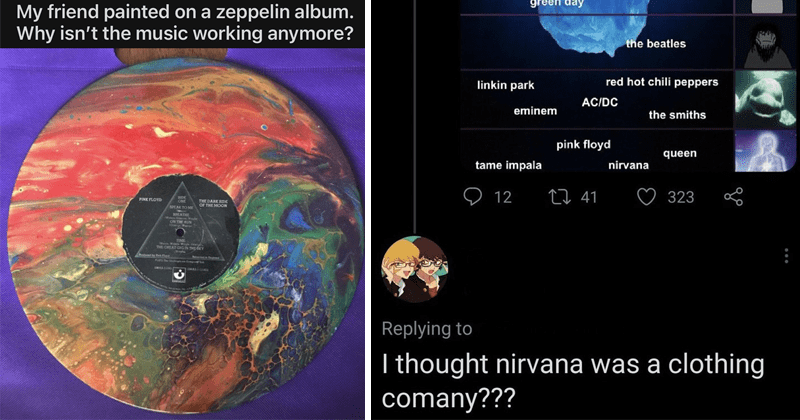 Whether they’re into experimental or underground rock or prefer the palatable pop sounds of One Direction, most people can agree on this one truth: talking about music always has the potential to be cringey. One reason is that a huge percentage of the globe never grows out of the teenage habit of turning musical into their personality. Which leads to a lot of misguided pretension and online squabbling.

Then there’s the generational cringe. Usually this involves young people who don’t know about legendary musicians of yesteryear, or have strange perceptions of genres. Some examples of this include thinking that Machine Gun Kelly is underground rock, or that Ed Sheeran is goth. Both of these categories of music-related fails (and the misadventures of musicians themselves) are covered by one of our favorite Twitter accounts – the aptly named ‘Music Struggles.‘ It’s an encyclopedia of genre-spanning regret with something for everyone with a taste for schadenfreude. We’ve put together some of their most facepalm-y moments, but there’s many more where these came from. Let the cringe begin!