The format gained considerable prominence in 2019 on sites including Instagram and Facebook. On September 10th, 2019, Instagram page BroBible posted a version of the meme reacting to news about an island that offers free sex and drugs, originally posted by @drgrayfang around the same date (since deleted) gaining over 10,000 likes in two years (shown below). 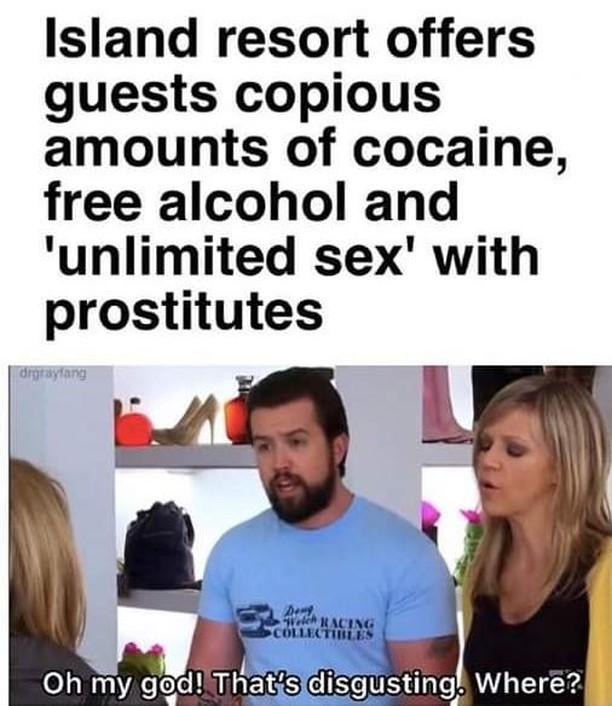 On October 23rd, 2020, Instagram user greasedgrapes posted a version of the meme reacting to a “Free The Nipple” story. It was reposted by Instagram user jokezar on January 18th, 2021, gaining over 111,000 likes in 10 months (shown below, left). On August 12th, Facebook page Sammy Slamdance posted a meme using the image to react to a headline about an all-female rock band, Rockbitch, that allegedly threw golden condoms to their fans and whoever caught them got to have sex with the band, gaining over 4,900 shares and reactions in three months (shown below, right).