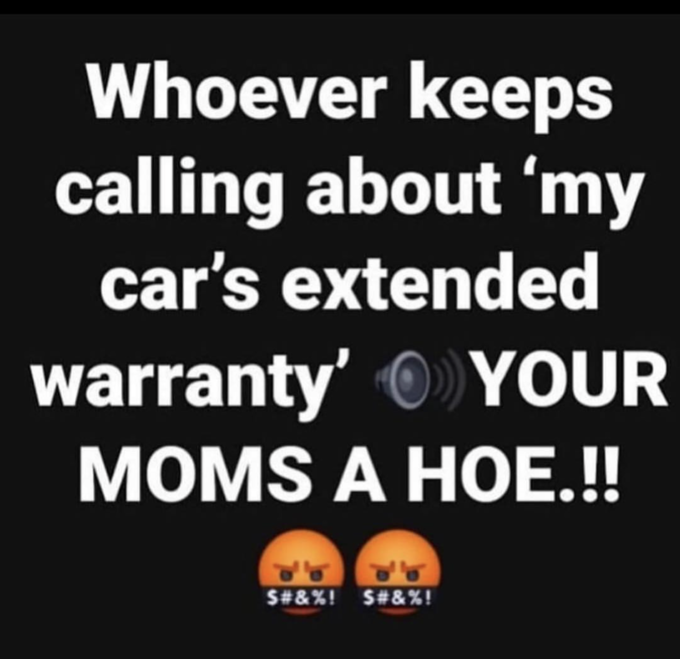 On November 7th, 2018, Facebook page 94.9 The Bull posted a meme using the I Will Find You And I Will Kill You format. The meme (shown below, left) received roughly 6,800 reactions over the course of three years. On October 23rd, 2021, Redditor xotic_illusions posted a meme to r/mildlyinfuriating (shown below, right) that received 566 likes over the course of two years. 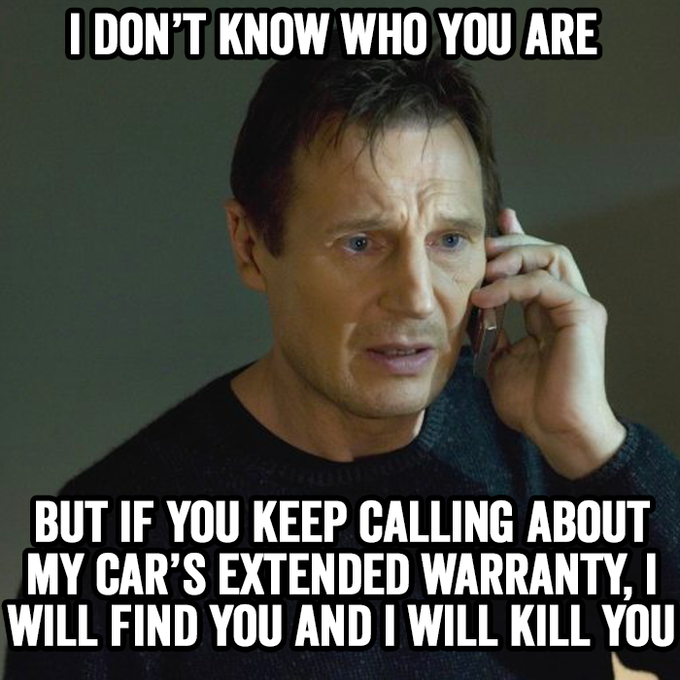 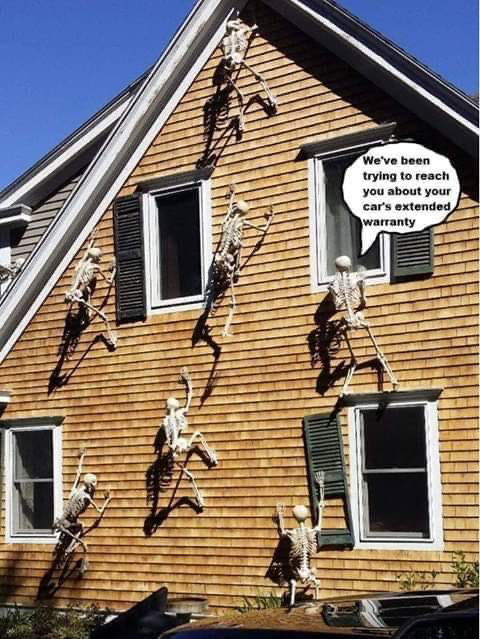 Going into 2020 and 2021, more memes appeared on Reddit, among other platforms. In general, more and more Americans received extended warranty phone calls in 2020. As evidence of this, USA Today reported that auto warranty robocalls were the top call complaint filed by consumers in 2020. One of the places where a lot of these frustrations manifested was in subreddits like r/Scams and r/OkBuddyRetard.