On November 26th, 2018, Melania Trump tweeted a video of her observing the 2018 White House holiday decorations. She captioned the post, “The People’s House @WhiteHouse is ready to celebrate Christmas and the holiday season!” The tweet received more than 21,000 retweets, 92,000 likes and 14,000 comments in 24 hours (shown below).

The People’s House WhiteHouse</a> is ready to celebrate Christmas and the holiday season! <a href="https://t.co/oejKW3mC15">pic.twitter.com/oejKW3mC15</a></p>&mdash; Melania Trump (FLOTUS) November 26, 2018

Similar to the reaction to the previous year’s decorations, people criticized the path of Christmas trees, describing the color of the trees as scary, disturbing and a reflection of violence. Many compared the hue of red to the color of blood. Twitter user @owillis tweeted, “Lady Melania wanted to send a message.’Take the blood of my enemies and paint the trees. Send it to the village for the Winter Harvest Festival as warning. Let no one ever cross me again. Be Best.'” The tweet received more than 280 retweets and 700 likes in in 24 hours (shown below, left).

In a tweet, Twitter user @sgtjanedoe called the color “the blood of [Melania’s] enemies.” The post received more than 375 retweets and 1,200 likes (shown below, center). Others compared the color to the costumes and design of pop culture properties, such as The Handmaid’s Tale and The Shining (shown below, right).

Several media outlets covered the response to the decorations, including The Daily Dot, USA Today, BBC, Vox and more. 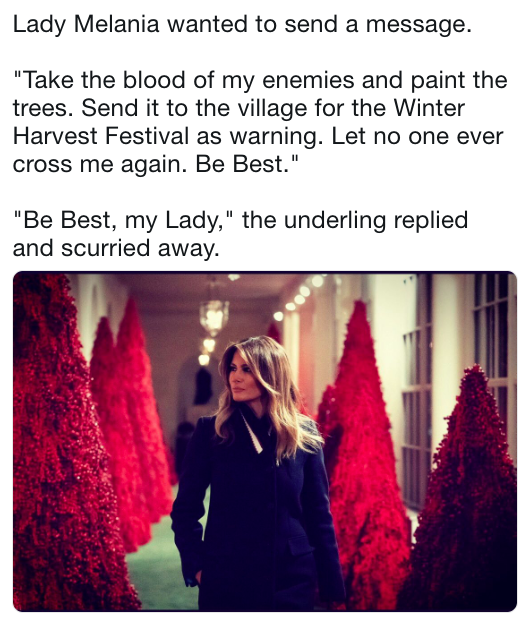 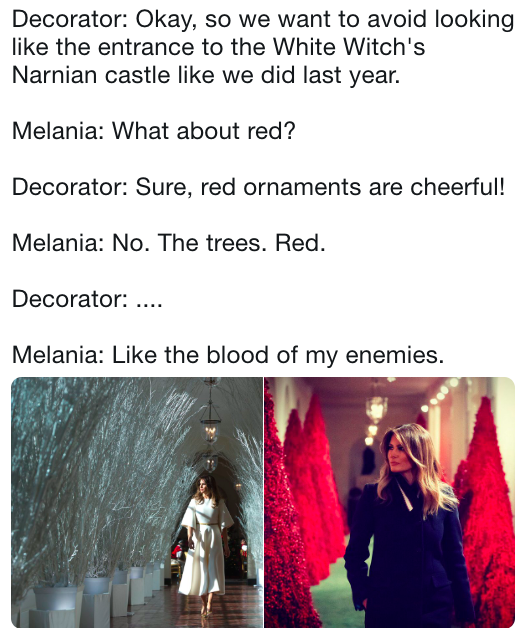 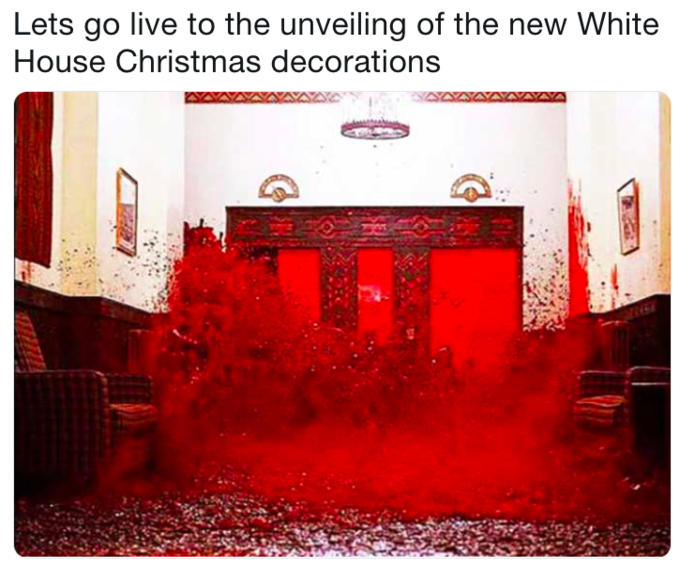