On November 24th, 2016, YouTuber quoteny uploaded a video of the parade balloons from that year, which gained over 18 million views and 790 comments within two years (shown below).

The following day, Redditor Dr. GainmanRowlingKing submitted a photo of a Spider-Man balloon deflating over an Uncle Sam balloon titled “Macy’s parade taking a dirty turn” (shown below, left). Prior to being archived, the post received upwards of 7,500 points (89% upvoted) and 100 comments on /r/funny. On November 7th, 2018, Redditor kopacetix uploaded a picture of a Goku balloon to /r/dbz (shown below, right). 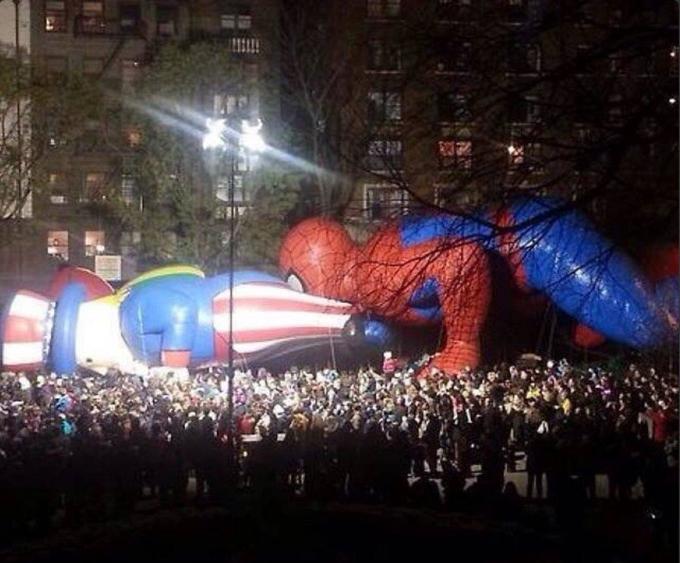 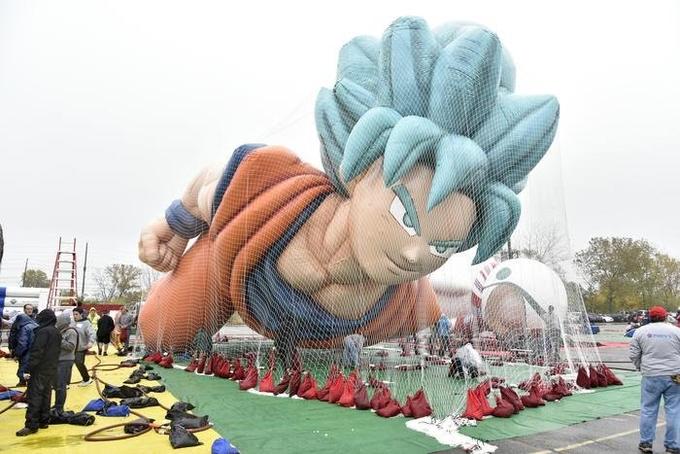