By May 2021, Twitter opened up Spaces to a wider audience. On May 3rd, 2021, @TwitterSpaces posted a tweet announcing that Spaces was now available to all accounts with 600 or more followers. The tweet (shown below) received roughly 21,800 likes over the course of six months. On the same day, Twitter published a post to their blog titled, “Spaces is here, let’s chat.” Within it, they outlined the feature and the various ways Twitter users could utilize it. 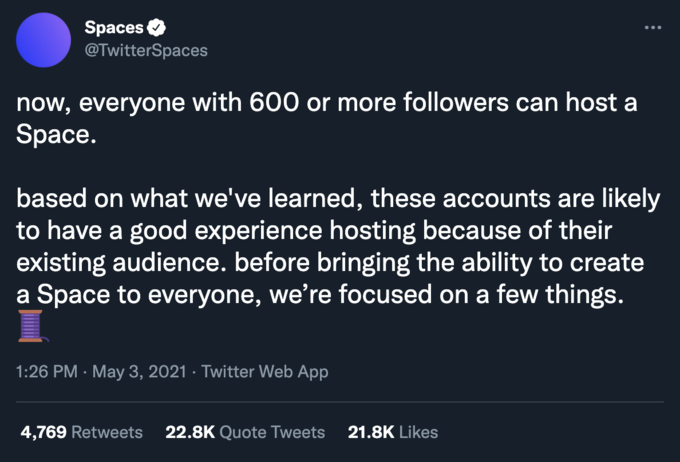 On October 21st, 2021, @TwitterSpaces announced that Spaces were available to all iOS and Android users regardless of follower count. The tweet (shown below) received roughly 5,300 likes over the course of one month.