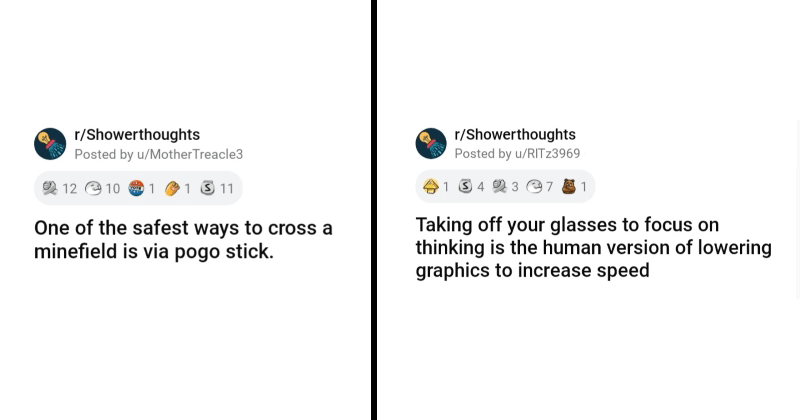 Whether it’s the steam, the soap suds or the fact it gives us some much-needed alone time, the shower is a great place to think. We now know that all those philosophers who were around before the invention of running water were really missing out, as it seems like it brings out the savant in almost everyone. Whatever genius decided those flashes of showering inspiration needed a public forum deserves a medal, not least  because r/ShowerThoughts turned ten years old last month. That’s a lot of random strokes of brilliance, and they’re still just as good as when they first graced the internet.