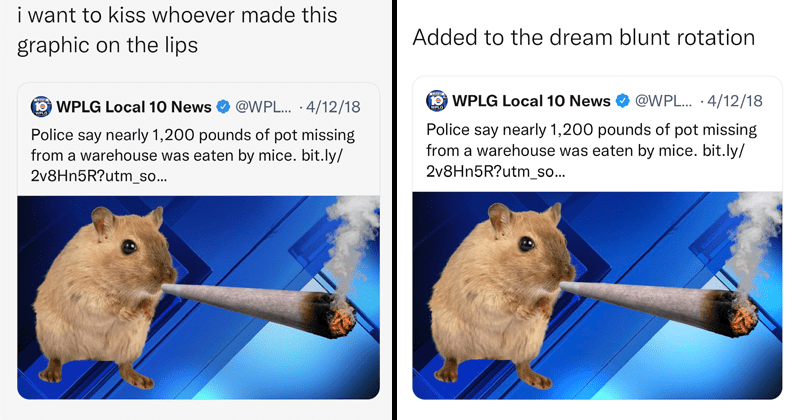 A South Florida news channel has gotten the attention of Twitter users – and for once it has nothing to do with a classic “Florida Man” headline. Instead, WPLG Local 10 News is being both mocked and celebrated after one of their tweets with a particularly eye-catching graphic resurfaced earlier today.

Police say nearly 1,200 pounds of pot missing from a warehouse was eaten by mice. https://t.co/lfF4Ch4bwQ
pic.twitter.com/Xq3aRSWf3z

As you can see above, the channel decided it would be a good idea to use a graphic featuring a rodent smoking a joint to accompany a story about Argentinian police officers who tried to convince a judge that 1,200 pounds of missing marijuana had been eaten by mice. The cops were fired after their tall tale was debunked (shocking), but their crime, as is evident from these tweets, is a gift that keeps on giving.