On November 3rd, 2021, pickup artistry-themed Twitter account @PUA_DATING_TIPS posted a hypothetical scenario in which one had to approach a woman at a local food market and strike up a conversation with her. The tweet gained over 100 retweets, 4,100 quote tweets and 1,100 likes in three weeks (shown below). 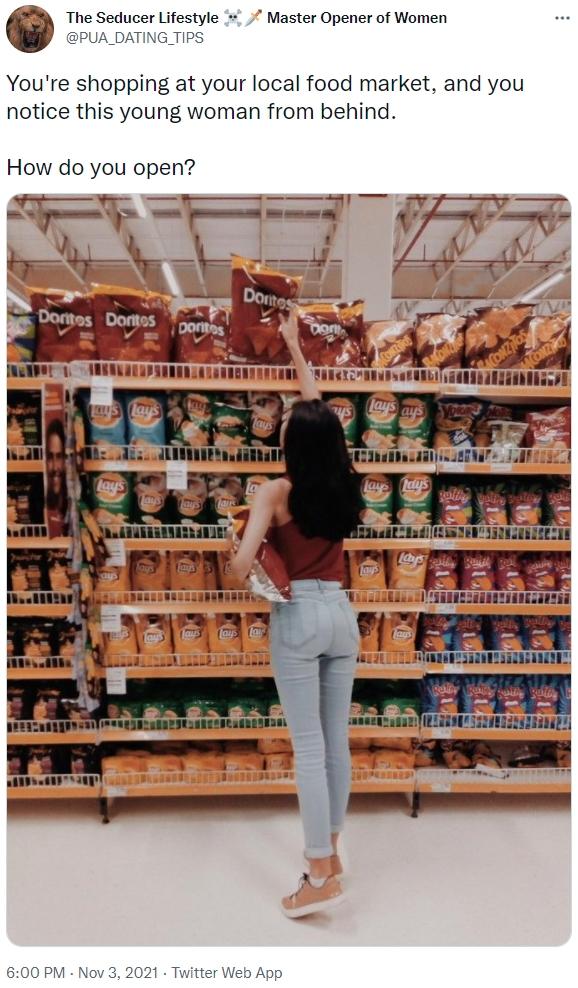 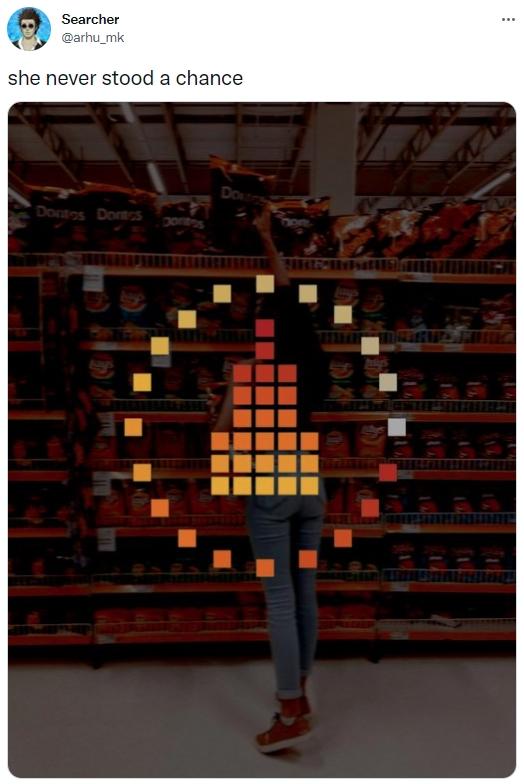 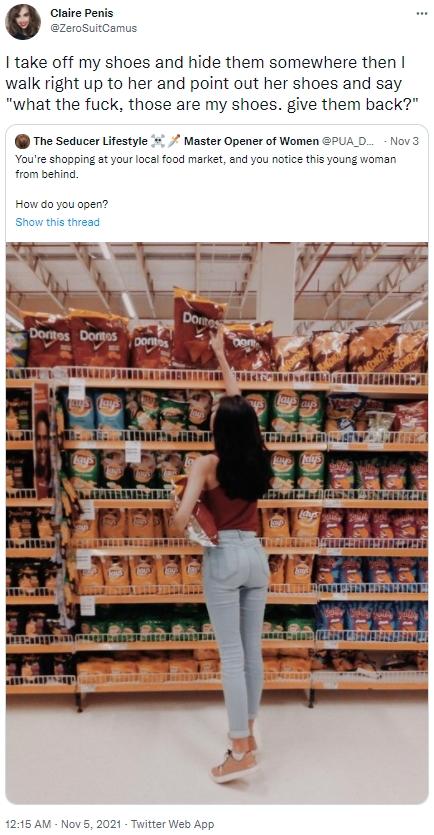