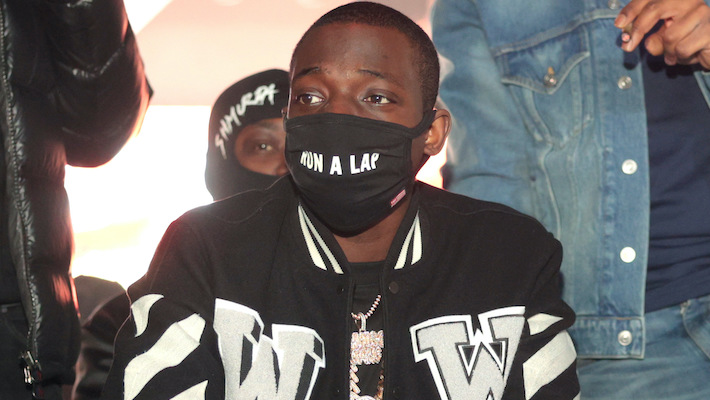 Today marks exactly one month since Bobby Shmurda was released from New York’s Clinton Correctional Facility. The rapper spent almost seven years behind bars after accepting a plea deal on conspiracy to commit murder and weapons possession charges. His first month of freedom was well-documented, with a profile of his first day out published in GQ to a few club appearances with some of his rap peers. Bobby’s release from prison did come with some conditions, and thanks to documents obtained by TMZ, we now know what those are.

Bobby, who is under parole supervision until February 23, 2026, is not allowed to drink alcohol, attend any bars, or associate with gangs. He also has a curfew of 8 p.m., must submit to drug testing, and receive aggression and anger counseling. An additional component of the parole conditions is that Bobby must seek, obtain, and maintain employment, but with the world waiting on his official return to the hip-hop world, accomplishing that part should be no issue. He also landed a few performance slots during the NBA’s All-Star Weekend in Atlanta earlier this month.

The parole conditions explain a video that emerged at the end of last month, in which was seen turning down a drink during a club appearance. After the video circulated throughout social media, the rapper reposted it on his Instagram story and wrote, “Hell nah a n**** on parole.”

Self-driving company TuSimple Inc. unveiled paperwork for its initial public offering Tuesday showing it has lost more than $300 million over the past three years in the race to be the first to launch fully autonomous long-haul trucks. TuSimple had already filed confidentially for an IPO, The Wall Street Journal reported, and the Tuesday filing offered the […]

Doja Cat Is Always Ready For The Moment

It’s rare for an artist to double back and shoot a video for a newly popular song from a year-and-a-half-old album, especially when the song in question wasn’t originally planned as a single or have a video in the first place. Yet, that’s exactly what Doja Cat did with the release of her video for […]

The RX is Uproxx Music’s stamp of approval for the best albums, songs, and music stories throughout the year. Inclusion in this category is the highest distinction we can bestow, and signals the most important music being released throughout the year. The RX is the music you need, right now. Well before you hear her […]