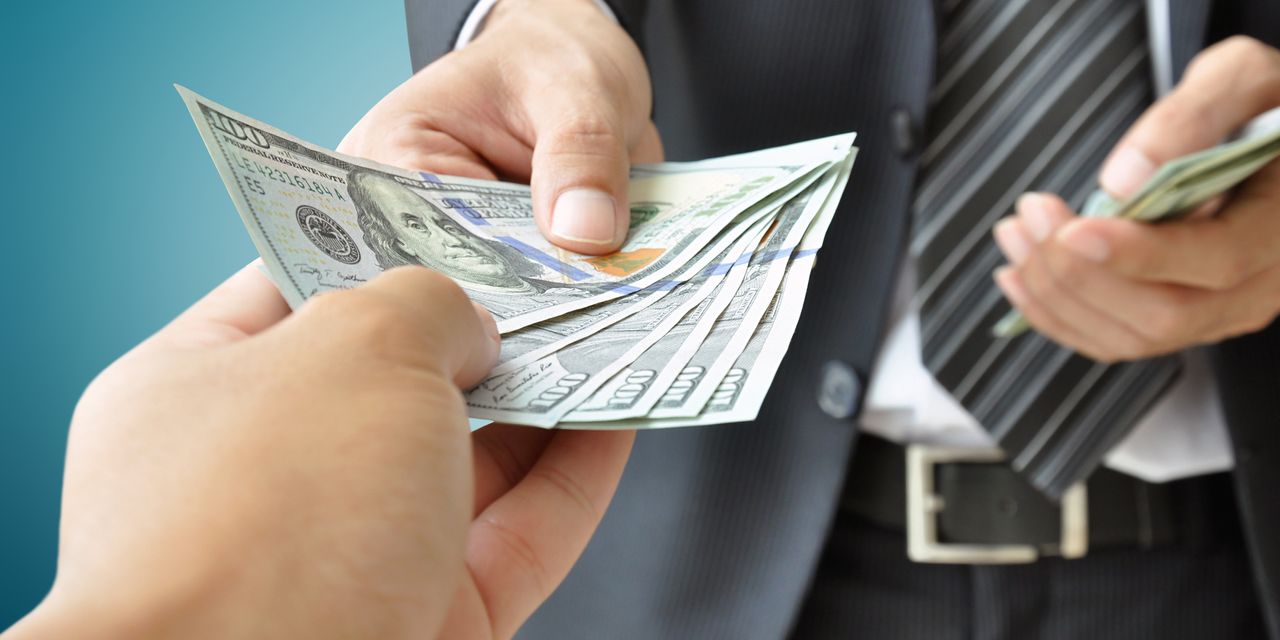 Some grown kids make it hard to be nice. They’re entitled, demanding, and barely thank the parent — if they thank them at all. They treat the parent’s generosity as a given rather than an act of love and only call the parent when they need something. Others are more loving but the parent’s own high expectations of parenting make it hard for them to know when to say yes and when not to.

Deciding how much support to provide an adult child may be especially difficult today, when parents have historically higher hopes for closeness with their children than prior generations.

To make things more confusing, the world that faces our grown children is very different from the one faced by us at a similar age. As a boomer growing up in the U.S., I was raised during a time of unprecedented growth and stability. A sense of collective sacrifice and shared victories from the Great Depression and World War II permeated American culture, as did a general feeling of trust in both business and government. Most blue-collar work paid a living wage, which made college less necessary as a pathway to adulthood, and a middle-class family with one breadwinner could put two kids through college.

Younger generations today face a much harsher and unforgiving financial climate. “We’re the first generation since the Great Depression where many of us will find ourselves worse off than our parents,” writes Anne Helen Petersen in Can’t Even: How Millennials Became the Burnout Generation. While many more individuals in the younger generations are going to college, the majority are faced with staggering debt when they get out — an average of $37,000 per debtor.

So, if you sense that you’re providing more help to your adult children than your parents provided to you, you’re probably right.  However, this provision of help may be occurring not only because they need it more, but because our generation has amassed far more wealth than prior generations (at least for those who weren’t unfairly shut out due to segregation, imprisonment or other forms of racial discrimination, as Richard Rothstein writes in The Color of Law: A Forgotten History of How Our Government Segregated America).

Yet, economics is only one part of the picture. Your child’s mental health challenges may make it hard to know when to help and when not to. In a large review of the literature, generations researcher Jean Twenge found that depression has increased 1,000% over the past century, with around half of that growth since the late 1980s. Having a troubled child makes everything harder for parents. They experience ongoing worry about the child’s well-being: their future, their ability to support themselves, and their capacity to make life decisions that will benefit them rather than harm them.

Depending on the diagnosis, some mentally ill adult children are hostile, demanding and contemptuous of the parent. I have worked with more than a few successful parents whose troubled adult children said the parent owed them millions of dollars as compensation for their failures as a parent. Others sent their parent itemized lists of expenses that had little to do with parenting but which the adult child said they required to repair the harm done to them in childhood. Some refuse to ever see the parent again unless they meet their demands.

“I just feel like I’ve created this monster,” one mother told me. “I keep feeling like it must be my fault that he is so hostile and mean all of the time. The only time I hear from him is when he needs money. And I keep giving it to him because I feel so guilty.”

Of course, not all adult children who suffer with mental illness treat the parent in an aggressive manner. An adult child with depression or anxiety may be unable to engage with anyone — let alone a parent — in a meaningful way. The parent may only hear from their son or daughter when they need something because they have to be motivated enough to push through the many burdensome layers of resistance to action common with those diagnoses.

The pit of parental guilt

Parental guilt can make knowing when to give and when not to very confusing. While not exclusively the domain of parents with mentally ill children, parental guilt in general can:

• Make you give more than is good for your adult children.

• Make you feel like you have to forever make up for whatever ways you hold yourself responsible for how their lives turned out.

• Make you feel like you have to make up for whatever ways they hold you responsible for how their lives turned out, even if you know it’s an unfair accusation.

• Perpetuate your feelings of hopelessness, impotence, and a sense that nothing you do is good enough.

• Make you feel more resentful and taken for granted after your gifts are belittled or shown insufficient appreciation.

As a general rule, the following can be helpful:

• Calmly state what you’re willing or not willing to do, without blame, criticism, or guilt trips. For example, “I’m willing to help you under the following conditions,” or “I understand why you feel like that, but I’m not able to do that.” Instead of, “All you do is take and you never give anything. You’re such a manipulative and self-centered person.”

• Calmly let your child know that when they talk to you in a highly provocative or disrespectful way, they make it hard for you to listen or pay attention. Explain that you know they have something important to say and you want to hear it, but you’re unable to do so when they use a tone of voice that is hostile or intimidating.

• Ask what they’d like from you specifically and make a determination about what you want to do separate from your feelings of guilt or intimidation.

• Model being in control of your own emotions without acting like you’re trying to control theirs.

Say yes or no without complaint or expectations

Regardless of cause, it’s hard for us to say no to our kids. We want to give to them and we want to be liked by them and that can tie us up in knots and make us either say yes when we don’t want to, or say no with a guilt trip. If you’re going to say yes then try to do it with love and affection. If you say yes with a complaint or accusation you dilute the strength of the gift and you also aren’t as well-positioned when you want to say no the next time. This is because if you’ve already logged a number of experiences with your adult child with you as a reasonable, giving parent, then when you want to say no they have less to stand on if they want to complain or accuse you of being mean or withholding.

Here are some guidelines:

• Say no if the request is made in an overly demanding or entitled way. This doesn’t mean that you wouldn’t eventually say yes to the request; just that you would provide a little education in the process. For example, if your adult child rudely tells you that you need to give him money for his car, kids, house, etc. without a hint of affection or humility you should say something like, “Well, I have to say, when you ask like that it really doesn’t make me want to. Which is a shame because I do like giving to you. But, it has to be a request not a demand. I don’t do very well with demands. I’m sure you can understand. Wanna try again?”

• Say no if you’re going to feel too resentful even if you can afford it. If you have tried setting limits or tying the request to a visit and it hasn’t worked, then you should say no for the simple reason that you don’t want to.

On the other hand, if your child is mentally ill you may decide to give to them no matter what because it’s better than having to worry that they’ll be homeless or suicidal if you don’t.

Money probably has more meanings than almost any other material object. On the positive side, money can be used to express love, commitment, value, protection and security. On the negative side it can be used to control, punish, manipulate, and express disappointment. In the parent- adult child environment, money may cause a child to want to be closer, to push away, to feel competitive with other siblings, to grow up, or to forever remain tied to the apron strings of the parent. There are many dimensions to consider:

There are no straightforward answers to some of these questions. My best advice is to say no in a way that doesn’t shame, hurt or humiliate your adult child. Because that single act of restraint, more than any other will increase the likelihood of their appreciating what you’ve done in the past — what you’re currently providing in the present, and — if they play their cards right — what you just might do for them in the future.

Joshua Coleman is a psychologist and senior fellow at the Council on Contemporary Families, and author of the new book Rules of Estrangement: Why Adult Children Cut Ties and How to Heal the Conflict (Harmony Random House, 2021).

More: Your will is about more than money and cutting your child out could backfire

Also read: When a family member is struggling financially, here’s how to help without offending

Another week, another case of something being falsely reported as “canceled.” So when Disney+ launched in 2019, the Walt Disney Co. DIS, +0.28% made headlines for putting disclaimers in front of some of its iconic family films that hadn’t aged well. These movies included “Dumbo,” “Peter Pan” and “The Aristocats,” which featured “outdated cultural depictions” […]

U.S. stock-index futures pointed to a mixed start for equities Wednesday, as investors awaited a speech from President Joe Biden outlining a multitrillion dollar infrastructure spending plan that’s expected to include higher taxes on corporations. What are major indexes doing? Futures on the Dow Jones Industrial Average YM00, +0.00% fell 23 points, or 0.1%, to […]

NewsWatch: ‘Potential buyers will face new challenges’: Home prices rise at breakneck pace, but some economists say it may not last

The Moneyist: My wife’s father left her a home and money in a trust. This subsidizes our lifestyle. What happens to me if she dies?

Dear Quentin, I live in Pennsylvania. Four years ago, my father-in-law died, leaving a trust for my wife and her two sisters. They each received a vacation home in a trust under will. My wife and I rent our home out, and the income is used toward paying for our current home and expenses. We […]