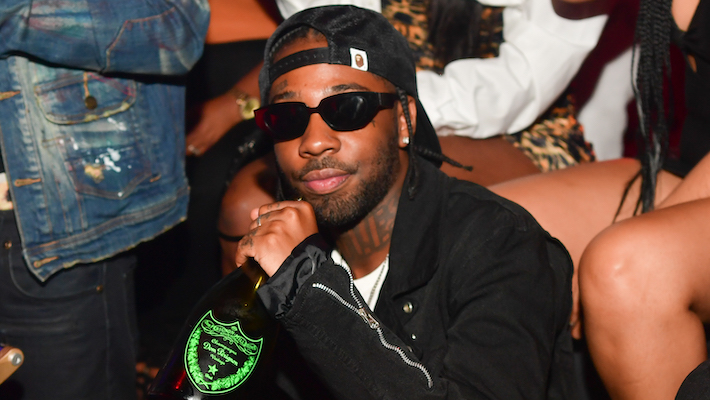 Despite just a few toxic tracks to his discography, Brent Faiyaz has been placed in that category of men thanks to his 2020 album, F*ck The World. Lines like “All my b*tches know I’m leavin’ at some point / Whether there’s a reason or not / Don’t try givin’ me reasons to stop,” from “Clouded” have caused fans to appreciate his music in a different light. Now, more than a year removed from that project, Faiyaz is back on the wholesome side of things with his new single, “Show U Off.”

The effort presents the singer on the positive side of things. Faiyaz pours his heart on wax for an unnamed woman and promises to treat her as best as he can. “Who’s gonna call you, baby? / And never make you feel small,” he sings. “Who’s gonna love you crazy? / I’m never gonna let you fall.” Elsewhere, he promises to raise her up and show her off to the masses as a way to prove his love is real and true. The song also comes with an accompanying video that follows a woman through her interactions with family, friends, and parts of the world. In the end, Brent appears beside the large group of ladies to signal that they are all a part of his real-life family.

Just a few weeks ago Faiyaz teamed up with Tyler The Creator for their “Gravity” single, which was released in partnership with Adidas for their Songs From Scratch series. Prior to that, his last musical contribution came in the form of a guest feature with Kanye West on 2 Chainz’s “Feel A Way.”

Listen to the new song above.

New York’s WisdomTree is seeking approval from the SEC to launch a Bitcoin ETF.

After exploding into the public consciousness with his rapid-fire flow and tongue-in-cheek sense of humor two years ago, DaBaby remains an object of fascination with fans of all ages even despite his somewhat less than kid-friendly subject matter. A recent meme currently circulating the weirder corners of social media turned the North Carolina rapper’s head […]

DMX’s death has hurt a lot of people all throughout the entertainment world, with many taking to social media to show the late rapper love and send their condolences. His passing may hurt few more than his ex-wife Tashera Simmons, however, as it came just a day before her 50th birthday. The two got married […]

Megan Thee Stallion is a legitimate star, yes, but so too is her dog, Foe Thee Frenchie, who has over half a million followers on Instagram. Now, Meg and Foe are teaming up for a new endeavor: Today, Snapchat announced that Megan will be hosting a new show on the platform called Off Thee Leash […]