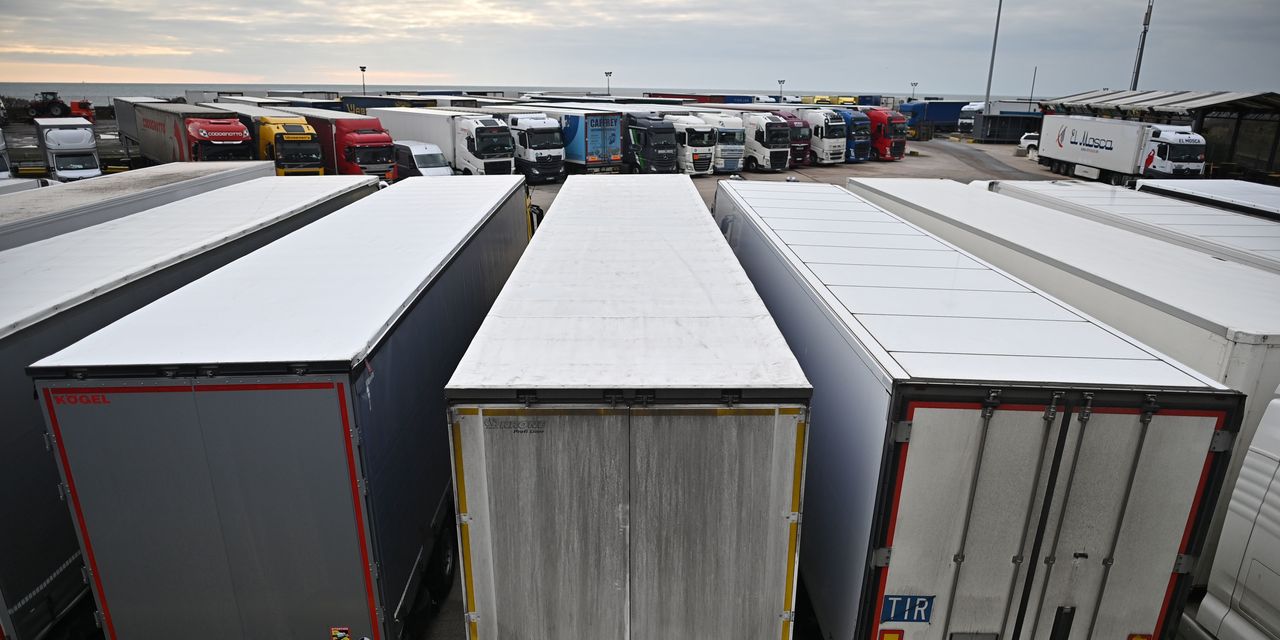 The U.K. economy shrank less than expected in January, but trade with the European Union fell sharply after the end of the Brexit transition period at the beginning of the year, numbers from the Office for National Statistics showed on Friday.

The outlook: Expect GDP to pick up from March, after the beginning of a successful vaccination campaign, followed by the gradual reopening of the economy. But the trade numbers seem to show that the border problems are more than the Brexit “teething problems” shrugged off by the government.

The real trade meltdown may not be as large as reflected by the January numbers, because of an inventory pile up in December, when businesses prepared for Brexit in earnest. And the paperwork and compliance problems encountered by businesses to move goods across the border can be expected to ease in the coming months.

But a rising number of businesses are also devising new supply chains to avoid the costs induced by Brexit. And the magnitude of the fall in U.K. exports to the EU gives an idea of the economic price to pay for increased trade frictions with the country’s largest market by far.

The Oakland A’s, the team at the center of the box office hit movie “Moneyball,” is accepting a single Bitcoin as payment to secure a six-seat suite throughout the 2021 home season.

Wall Street is gearing up for a wine party. It’s been decades since any of California’s fabled wineries tried to go public. But that’s about to change this week as Napa Valley’s Duckhorn Portfolio looks to raise up to $320 million through an initial public offering of stock slated for Thursday. The St. Helena, Calif. […]

Your Digital Self: How a beginner can try their hand at cryptocurrency mining

TaxWatch: Some lower-tax states won big in the 2020 Census count. Are Americans really moving to escape the taxman?

A new snapshot of America’s changing population is providing new fodder in the ongoing debate about whether state and local taxes — or, in some cases, the lack of them — make a person move from one place to another. According to initial results from the 2020 Census, 331.4 million people now live in America. […]