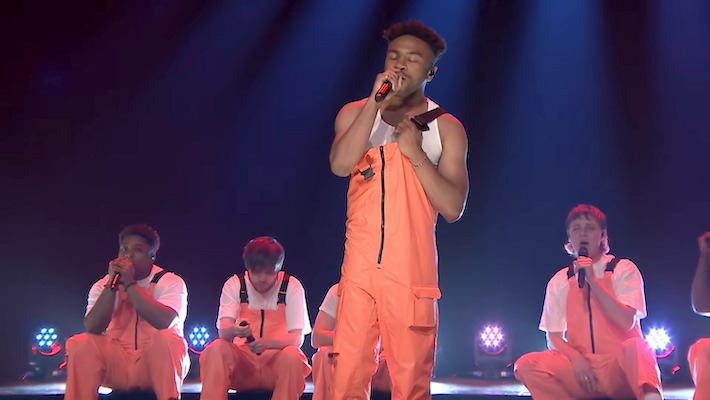 Nearly two years after releasing Ginger, Brockhampton will treat their fans with their sixth effort, Roadrunner: New Light, New Machine next week. It’s a project that their supporters have spent a few months waiting for, especially after the band dropped off some hints about it.

After kicking off its rollout with “Buzzcut” featuring Danny Brown, Brockhampton doubles back with their second single, “Count On Me.” Unlike their previous single, “Count On Me” is a much lighter and upbeat track that sees the rappers providing assurance to their partners that no matter what, things within their relationships will be okay.

Roadrunner: New Light, New Machine will arrive with 13 songs and features from ASAP Rocky, ASAP Ferg, Charlie Wilson Sogone Soflex, Jpegmafia, and Baird in addition to Danny Brown. While the upcoming effort’s release is certainly exciting for fans, it does arrive with some bad news. Brockhampton’s lead vocalist, Kevin Abstract, shared the news about the band’s future in a tweet. “2 brockhampton albums in 2021 – these will be our last,” he said, seemingly promising that the album that arrives after Roadrunner: New Light, New Machine will bring an end to Brockhampton as we know it.

Until then, you can press play on the song in the video above.

Roadrunner: New Light, New Machine is out 4/9 on Question Everything/RCA Records. You can pre-order a limited edition box set here.

Justin Bieber has been a superstar in the music world since he was 16. That means he missed out on a normal childhood. But in a recent profile with GQ, Bieber revealed that, early in his career, he did something in attempt to seem like a regular boy. “I was working so much as this […]

Dr. Dre Opted Out Of ‘Verzuz’ After A Previous Guest’s Sound Issues

Swizz Beatz and Timbaland’s Verzuz was a breakout hit last year, featuring performances from a plethora of big-name stars that made it must-see entertainment for folks stuck at home during the ongoing pandemic. The duo was even able to sell the show to Triller and offer their prior guests equity in the sale. However, despite […]

Queen & Slim creator Lena Waithe is making the jump from film and TV into music, announcing the creation of a new label with Def Jam, Hillman Grad Records (named for Waithe’s production company, which itself is named for the fictional HBCU in A Different World). Waithe will be joined by Tebs Maqubela and Albert […]