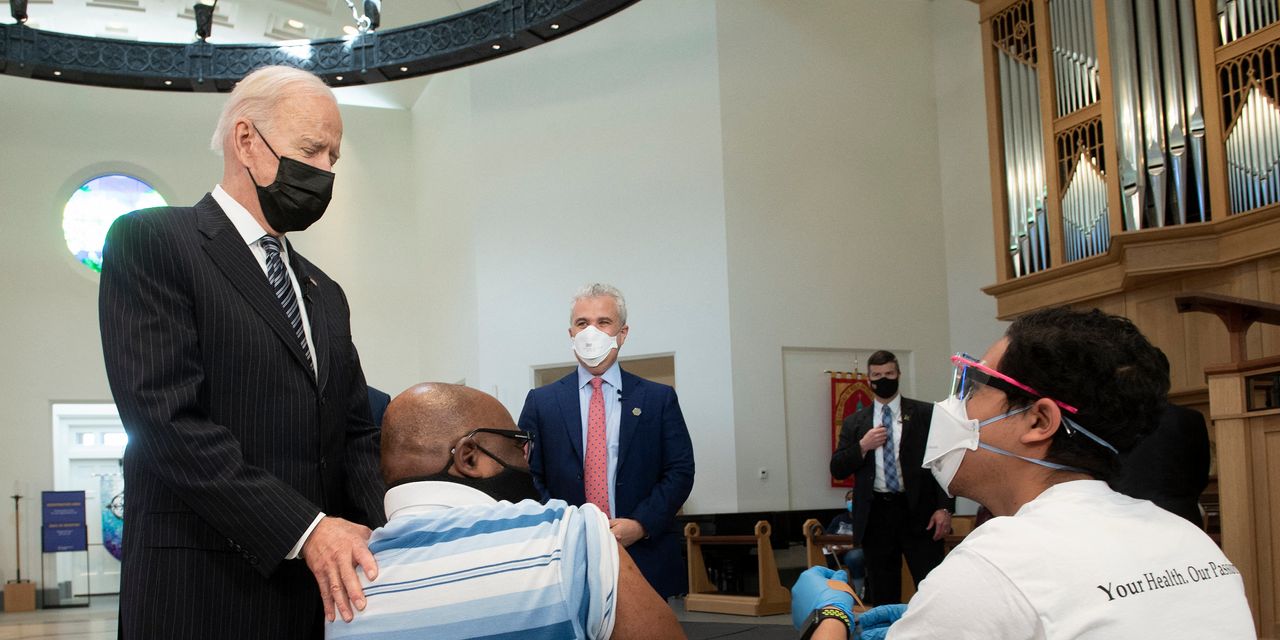 President Joe Biden on Tuesday urged Americans to keep up measures aimed at fighting the COVID-19 pandemic, as he moved up the timeline for when all adults in the U.S. will be eligible for vaccines.

“The virus is spreading because we have too many people who, seeing the end in sight, think we’re at the finish line already,” Biden said in a brief speech at the White House. “Let me be deadly earnest with you: We aren’t at the finish line.”

The president warned that new COVID variants are spreading and that the country is “not even halfway through vaccinating over 300 million Americans.”

Biden advanced the eligibility timeline following reports on Tuesday morning that he would announce in the afternoon that all U.S. adults will be eligible for a shot by April 19. The shift comes after the president a month ago set May 1 as the target date for that — and then last week said 90% of adults would be eligible by April 19.

“My message today is a simple one. Many states have already opened up to all adults, but beginning April 19, every adult in every state — every adult in this country — is eligible to get in line to get a COVID vaccination,” he said.

Following his remarks, Biden responded to a reporter’s question on how some big U.S. companies have criticized Georgia’s new voting law, saying it is “reassuring to see that for-profit operations and businesses are speaking up.”

In response to another question, Biden said he hadn’t spoken to Federal Reserve Chairman Jerome Powell so far in his presidency, adding that the U.S. central bank is independent and he wouldn’t tell Fed officials what they should or shouldn’t do.

Therese Poletti’s Tech Tales: The Tesla bubble: Bets on electric cars and the rise of SPACs have led to a new version of the dot-com boom

In the 1990s, after seeing young tech stocks surge, investors wildly bet on young companies with little to no revenue on promises that a huge sea change was on the horizon for the global economy. In the 2020s, something similar is happening: Young electric-vehicle and autonomous-vehicle stocks have been surging following the meteoric rise of […]

Bitcoin’s price bounces back to the $50,000 range as new investors show weak hands during the dip.

NerdWallet: Is life insurance for children a good investment for them?

This article is reprinted by permission from NerdWallet.  We all want our kids to live long, healthy lives, which is why child life insurance may not feel like a top priority. It’s worth considering, though, as it can lock in low rates and act as an investment vehicle for your children. Learn more about this […]