Who Will Win And Who Should Win At The 2021 Grammys 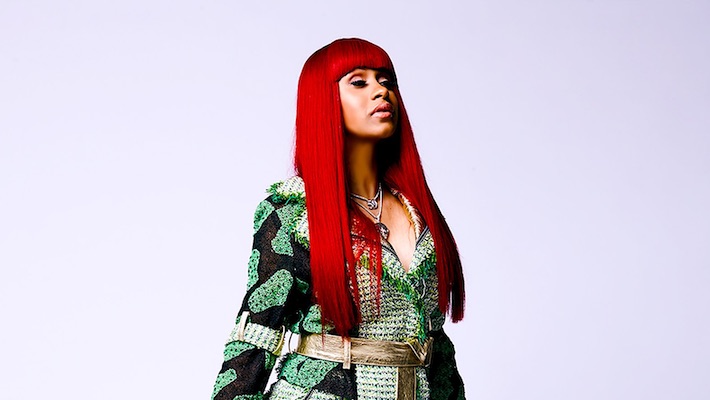 “Bodak Yellow” was a huge moment for Cardi B, as the No. 1 single launched her career as a music superstar. The track quickly went on to become one of the most commercially successful hip-hop songs of all time, and now it has passed an amazing milestone: It is now the first single by a female rapper to ever achieve Diamond certification from the RIAA, which means it has reached at least 10 million sales in the US.

The RIAA confirmed the news this morning and Cardi alluded to it in a video she shared last night, in which she said, “I’ve been rehearsing all day today and I’ve been really stressed out and my body’s aching, yada yada yada. So then at rehearsal, they telling me, ‘Oh, you gotta go meet up with Atlantic.’ I’m like, ‘Yo, I’m f*cking tired. I don’t want to f*cking talk about no Grammys, I don’t want to talk about no album, I’m just tired. And then, I still got drove to a restaurant. I’m like, ‘Are you f*cking kidding me?’ I’m trying to go home, see Offset, f*ck him. Then I’m here and I just got this crazy surprise and I think you guys are going to find out tomorrow. And I just want to say thank you guys so much because without you guys, this wouldn’t have happened. This really made my day and really uplifted me for this crazy performance, and um… wow. I know you guys are going to be really happy, like really, really happy.”

It seemed like her fans already knew what was happening, though, as Cardi quickly followed up, “WTFFF !!! How the heiiilllll yall already [know] ???I can’t. I’ll be back later .DEUM YA BE KNOWING EERRTHANG !” She also added, “I need a moment guys… I’ll talk to you guys tomorrow and I’ll be reposting .I’m too emotional to see all these beautiful tweets.”

I need a moment guys… I’ll talk to you guys tomorrow and I’ll be reposting .I’m too emotional to see all these beautiful tweets.

Who Will Win And Who Should Win At The 2021 Grammys

The 2021 Grammys are less than a week away (airing on March 14), and the nominations are a reflection of 2020’s whirlwind. In a year that was riddled by heartache and isolation, artists either dug deep into quarantine-induced loneliness that birthed relatable tunes or went the opposite route to provide cheerful music to give fans […]

Travis Scott is as big as most any brand out there. He’s dominating the hip-hop space, burning up the streetwear scene with his Cactus Jack label, making moves in the virtual world, and he’s even dabbled in the fast-food universe. So it should come as a surprise to absolutely nobody that now Scott is lending […]

Brooklyn drill star Fivio Foreign has been quiet to start the year, but today he broke his silence with the video for “Self Made.” Over a video game-y loop with monstrous bass, Fivio details his accomplishments and stills his haters, challenging them to “make another one” and sneering “I hope a lot of n****s get […]

Doja Cat Is Always Ready For The Moment

It’s rare for an artist to double back and shoot a video for a newly popular song from a year-and-a-half-old album, especially when the song in question wasn’t originally planned as a single or have a video in the first place. Yet, that’s exactly what Doja Cat did with the release of her video for […]