NewsWatch: ‘Potential buyers will face new challenges’: Home prices rise at breakneck pace, but some economists say it may not last 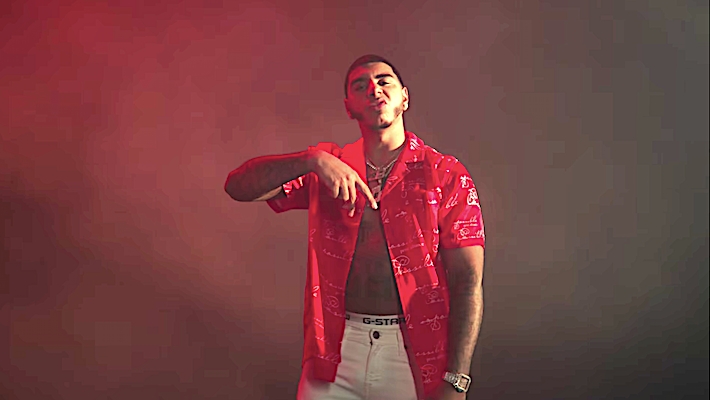 CJ isn’t about to let the momentum of his “Whoopty” success slip away. After dropping a pair of well-received remixes — the “Whoopty NYC Remix” featuring French Montana and Rowdy Rebel, and the “Whoopty Latin Mix” with Anuel AA and Ozuna — the Staten Island native is following up with a new video from his debut EP, Loyalty Over Royalty. In the “Real One” video, CJ performs solo in an empty warehouse with moody lighting, with sultry shots of models seducing the camera cut in.

Lyrically, CJ insists that a romantic interest “wanna f*ck with a real one,” rhyming in a singsong flow to boast about his sex appeal and newfound success. It’s a short but effective song that shows his versatility, slightly departing from the catchy vocal sample and spare rhythms of his drill hit, but not so much that it might alienate the fans of that song who helped drive it and its multiple remixes to over 250 million cumulative views on YouTube.

Meanwhile, with songs like “Bop” and “Politics” racking up some respectable streaming numbers of their own, it looks like CJ has the tools to dodge one-hit-wonder status — although he should probably look into switching up his video locations and concepts sometime soon.

Watch the “Real One” video above.

It was reported a few days ago that DMX experienced a drug overdose. The latest reports indicate that he is still in the hospital. The rapper has received an outpouring of support from his musical peers since the news broke, and now Demi Lovato, who has been open about her own overdose, has shared her […]

Earth Day is right around the corner and as the climate change crisis persists, it’s more important than ever to raise awareness about environmentalism. That’s why iconic TV host Bill Nye The Science Guy has tapped several musicians including Justin Bieber and Jack Harlow to join him in an Earth Day-themed musical. Earth Day! The […]

After weeks of a clever rollout, Guapdad 4000 has released his Illmind-produced album, 1176. The project, which finds Guapdad reflecting on his past in West Oakland, also focuses at times on his Filipino heritage — notably on the song “Chicken Adobo,” which references a traditional dish considered a trademark of the island nation. Today, he […]