Tax Guy: Why you may want to wait before filing your taxes this year 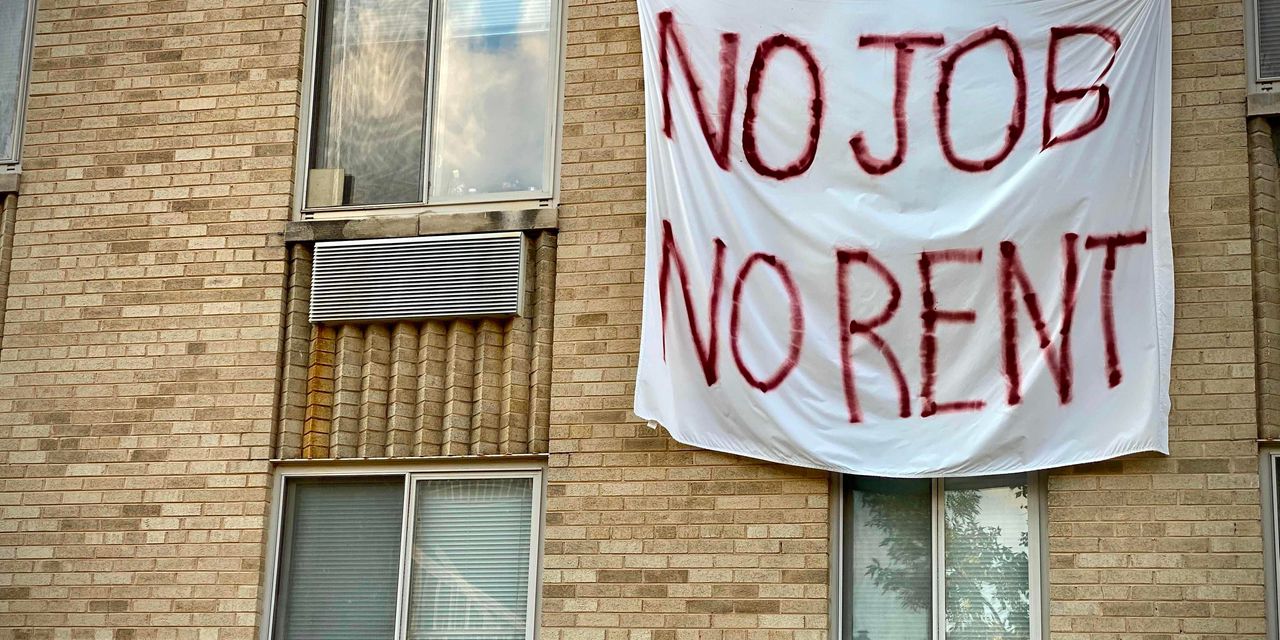 The $1.9 trillion stimulus package that Congress approved Wednesday contains billions of dollars earmarked for emergency rental assistance, but many renters and landlords have yet to receive assistance that was part of a previous stimulus bill.

Consumer advocates argue that the new round of aid is necessary as millions of renters across the country stand on the precipice of eviction due to the economic hardships caused by the coronavirus pandemic. The roughly $21.55 billion in emergency rental assistance in the American Rescue Plan Act comes just a few months after Congress approved $25 billion in emergency rental assistance in the relief bill passed back in December.

So far, most of that money has gone unused — but not because of a lack of demand.

Most of the rental assistance money in the American Rescue Plan will be sent to state and local government by the Treasury Department, and those governments will then distribute it to renters and landlords to cover back rent and missed utility payments. Around $5 billion in aid was set aside to provide emergency housing vouchers to people who are experiencing homelessness and people who are survivors of domestic violence and human trafficking.

“The vast majority of the funds that were appropriated in December have yet to reach renters and landlords, but they are starting to get out,” said Diane Yentel, president and CEO of the National Low Income Housing Coalition.

More than 600 emergency rental assistance programs were set up to provide help to residents affected by COVID-19, according to information collected by the National Low Income Housing Coalition. Up until now, most of those programs were funded using money from the CARES Act that was set aside for state and local governments, Yentel said. As of Wednesday morning, only around 80 programs were working to distribute assistance that was funded by the December stimulus package.

“ ‘The vast majority of the funds that were appropriated in December have yet to reach renters and landlords, but they are starting to get out.’ ”

The December package set out a process for distributing the rental assistance based on the knowledge gleaned from the rollout of CARES Act funds, said Stockton Williams, executive director of the National Council of State Housing Agencies, a nonprofit organization based in Washington, D.C.

“That program design and that experience in the states was very influential in how Congress designed the emergency rental assistance program that was enacted in the big compact passed last December,” Williams said.

The bill included formulas to determine how much each state, local and tribal governments would be eligible to receive in housing aid, including minimum amounts for less-populated states. Then in January, these jurisdictions confirmed with Treasury that they wanted to receive the funds that were allocated to them — governments were given a deadline of Jan. 12, so that the Treasury Department could distribute the fund within 30 days of the stimulus package’s passing as required by the law.

So why then did state and local leaders wait to begin distributing the funds? The delay in actually putting those funds to work was the result of confusion over guidance from the federal government on what steps housing assistance programs needed to take to verify eligibility.

On Jan. 19, in its last full day in office, the Trump administration put out a “FAQ” document outlining everything from which utilities could be covered by the emergency assistance to what steps Americans needed to take to receive the aid.

“That was not just sort of important information, it was literally critical to the design of these programs and the delivery of these resources,” Williams said.

But consumer advocates and some lawmakers immediately took issue with the requirements laid out in the document and began lobbying the incoming Biden administration to rescind the guidance. A group of 54 lawmakers sent a letter to the new administration on Jan. 28 arguing that the guidelines published under the Trump administration “would unnecessarily burden working class families.”

The lawmakers pointed to documentation requirements, in particularly, which they said would increase the processing times of applications for assistance or even block some renters from accessing the money they were owed.

“ ‘It would be natural to assume if it’s a rental assistance program that you would want third-party documentation…but as a practical matter, so many people who most need emergency rental assistance, they don’t have it.’ ”

Another concern raised was that the Trump administration’s guidance instructed housing programs to give landlords up to 21 days to respond. When possible, the assistance programs seek out the participation of landlords and make the payments directly to them.

The National Low Income Housing Coalition also sent a letter to President Biden and then Secretaries-designate Janet Yellen and Marcia Fudge outlining the concerns they had with the document.

“It would be natural to assume if it’s a rental assistance program that you would want third-party documentation of, say, someone’s income, their jobs status, or other indications of the housing hardship they’re experiencing,” Williams said. “But as a practical matter, so many people who most need emergency rental assistance, they don’t have it.”

Over the following month, the Biden administration reviewed the guidance that was put out and revised it, issuing a new FAQ document in late February that addressed many of the concerns raised. The new guidelines featured two critical changes. First, renters were able to self-attest that they met most eligibility criteria, including income and amount of back-rent owed. Second, the timeframe for landlords to respond was shortened from 21 days to 10 days.

With the vacuum in guidance as observers awaited the Biden administration’s revisions to the policy, most program administrators opted to sit tight rather than begin opening up applications.

“They wanted to see how the current administration would interpret the law, and what they would expect from program administrators,” Yentel said.

Given the delay, consumer advocates have been vocal calling on the Biden administration to again extend the moratorium on evictions first issued by the Centers for Disease Control and Prevention back in September. Currently, the moratorium is set to run out at the end of March.

“If the federal eviction moratorium were allowed to expire many of those tenants would be evicted before the money reaches them,” Yentel said.

The NFT sector is growing rapidly, with NFT marketplaces seeing a huge increase in volume. Investors and analysts explain what’s coming next.

Cryptos: Coinbase IPO: Everything you need to know about the ‘watershed moment’ in crypto

Coinbase is the talk of Wall Street, as the largest crypto platform in the U.S. gears up for its public debut on a traditional exchange Wednesday, through a direct listing. There is no doubt that the public offering of Coinbase is a big deal in the world of crypto. The company was created just over […]

Oil prices headed lower on Wednesday, with gasoline futures leading the losses in the sector as traders parsed U.S. government data showing a more-than-3-million-barrel decline in crude inventories, and a bigger-than-expected climb in gasoline inventories. Weekly gasoline demand was “disappointing as drivers may be resistant to higher prices,” said Phil Flynn, senior market analyst at […]