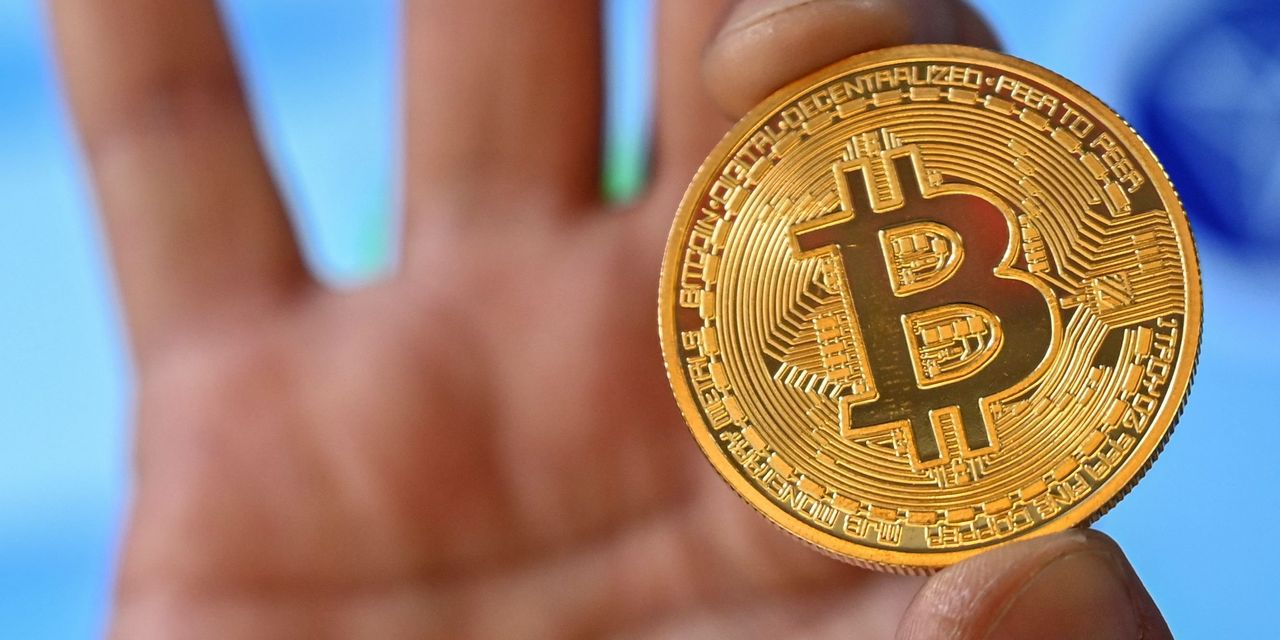 Bitcoin prices were headed for a sharp weekly rise on Friday, even as the cryptocurrency was facing some negative headlines tied to a major trading platform.

Binance Holdings Ltd., the largest crypto exchange by volume, according to CoinMarketCap.com, was being investigated by the Commodity Futures Trading Commission to determine whether U.S. residents breached securities law by trading derivatives on the exchange, according to a report from Bloomberg News on Friday, citing people familiar.

Binance hasn’t been accused of any wrongdoing and the investigation may lead to no action.

Binanance co-founder Changpeng Zhao has said that the platform adheres to U.S. rules and “has a strong controls to prevent its customers from laundering funds.”

In other crypto assets. Ether ETHUSD, on the Ethereum protocol was down 4.4% on Friday but headed for a weekly rise of 14% at $1,745, as NFTs continue to gain traction in market.

Nonfungible tokens, which use blockchain technology to authenticate ownership, have exploded in interest, as a digitized work of art created by the artist known as Beeple sold at Christie’s Thursday for nearly $70 million, a record amount for a new art form involving the cryptographic technology known as NFTs.

NFTs tend to be written atop the ethereum blockchain, which is known for its utility for smart contracts.

AT&T Inc. increased its long-term forecast for HBO and HBO Max subscribers Friday while disclosing that it plans to start deploying later this year some of the new mid-band spectrum it acquired at a recent spectrum auction. The company now expects its HBO and the HBO Max streaming service to have 120 million to 150 […]

: How 6 feet became 3: Meet an ER doctor behind the research showing kids are still safe in school with new social-distancing standard

It turns out that children who attend schools with mask requirements are likely just as safe from COVID-19 sitting just 3 feet from each other and not the 6 feet previously recommended by the Centers for Disease and Prevention. Those findings, which were used by the CDC to update its guidance about schools in mid-March, […]

Commodities Corner: Why oil traders should keep an eye on Iran even as nuclear talks look unproductive

The U.S. and other world powers haven’t made much progress in reaching a new nuclear deal with Iran, but with data showing the nation’s crude oil production at a nearly two year high, traders can’t afford to ignore the amount Iran can potentially add to global supplies. “Iran’s export capacity is approximately 2 million barrels […]

The Moneyist: ‘We did not place blame or offer advice’: Are we flaunting our wealth if we give our friends and family money?

Dear Quentin, How can one best give sizable cash gifts to family & friends without being seen as, “flaunting wealth”? We have some family and friends who are struggling to make ends meet, particularly as result of the pandemic. Having means, we chose to help them financially and sent sizable checks. So as not to […]