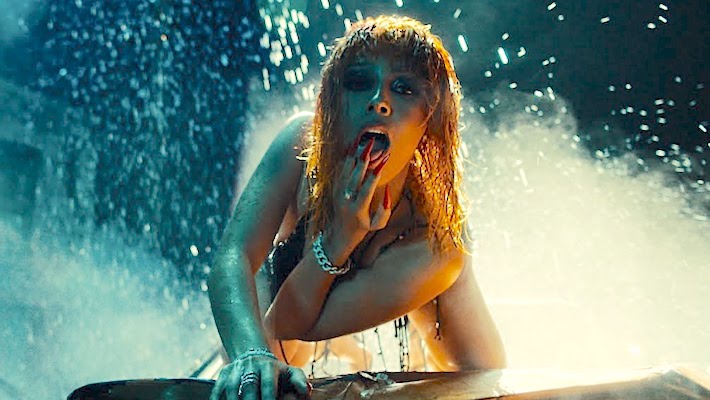 Doja Cat may have released her showstopping album Hot Pink back in 2019, but thanks to TikTok, much of the LP’s songs have seen an uptick in popularity. Her track “Say So” even soared to No. 1 on the Billboard Hot 100 charts with help from TikTok users and a verse from Nicki Minaj. Now that “Streets” has also resurfaced on the charts in recent weeks, Doja Cat is now offering fans a video alongside the revitalized track.

The increased attention to “Streets” is in part due to the popular “Silhouette Challenge” on TikTok, which is also how she opens her sultry video. Featuring an audio mashup of Paul Anka’s 1959 “Put Your Head On My Shoulder” and “Streets,” the challenge sees users quickly changing from their bedtime clothes to posing pin-up style behind a deep red filter.

While Doja Cat is revisiting some of her Hot Pink tracks, the singer has been busy working on a handful of projects, including drumming up excitement for her next release, Planet Her. Most recently, Doja Cat teamed up with Saweetie for their buoyant collaboration “Best Friend.” She also appeared alongside Megan Thee Stallion on a sultry remix to Ariana Grande’s “34+35.”

Hot Pink is out now via RCA. Get it here.

The Weeknd released his debut mixtape House Of Balloons in 2011, before he was signed to XO Records. The project was an early indication of the singer’s massive success as it instantly put The Weeknd on the map. This Sunday officially marks the 10-year anniversary of the mixtape’s release, so to celebrate, the singer has […]

Raleigh, North Carolina rapper Toosii has seen the heights of success since his entrance to the music world a few years ago. His 2020 album Poetic Pain debuted within the Billboard 200’s top 20, his single “Love Cycle” recently went gold, and he received glowing co-signs from his South Coast Music label DaBaby and others […]

Lorde is back! Well, she’s back reviewing onion rings, at least, and we’re here for it. In her first onion ring review of 2021, the world’s most famous onion ring aficionado reviewed the Pickled Onion Rings at Auckland’s Hotel Ponsonby, which serves elevated English pub fare. On her (no longer secret) onion ring-focused Instagram, Lorde […]