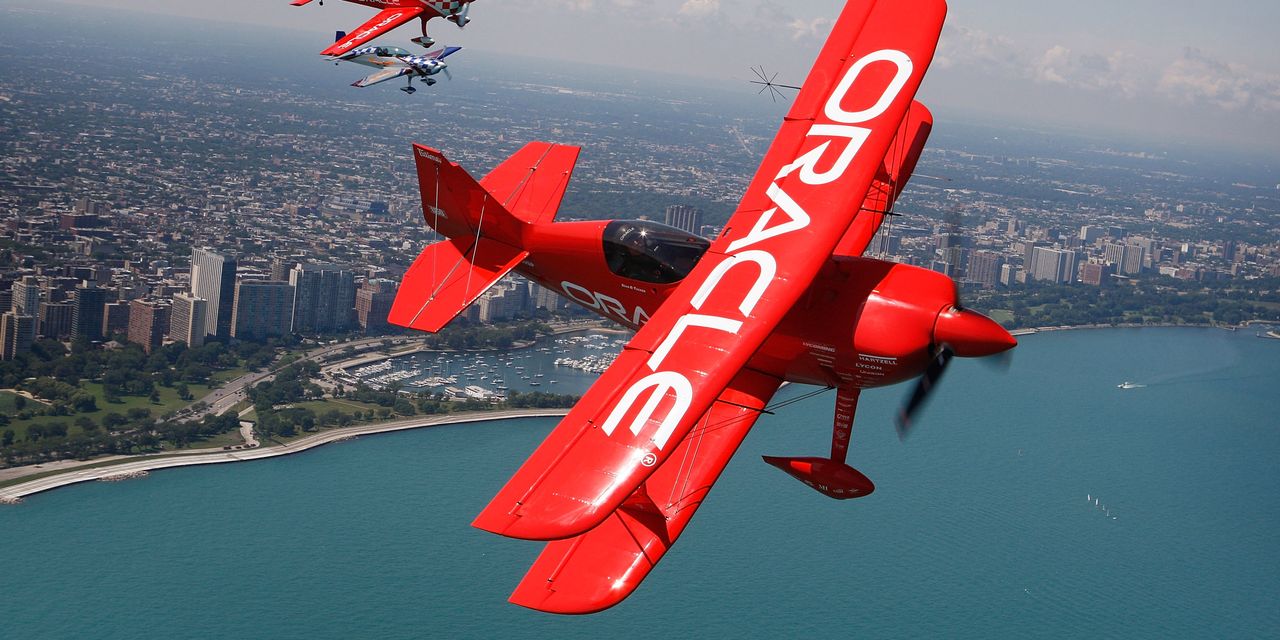 Oracle Corp. shares slipped in the extended session Wednesday even after the database-software company reported that earnings nearly doubled from a year ago and results topped Wall Street estimates.

Adjusted earnings, which exclude stock-based compensation expenses and other items, were $1.16 a share, compared with 97 cents a share in the year-ago period.

“Subscription revenue now accounts for 72% of Oracle’s total revenues, and this highly-predictable recurring revenue stream, along with expense discipline, are enabling double-digit increases in non-GAAP earnings per share,” said Chief Executive Safra Catz in a statement.

John Waldron said the investment management firm would “continue to evaluate” and “engage on” crypto for customers.

The billionaire Lynsi Snyder, president and owner of In-N-Out Burger, has put her mansion in Bradbury, CA, on the market once again. It’s a little cheaper this time around—the enormous estate in Southern California is now available for $16.8 million. She previously entertained the idea of selling in 2017 and 2018—with an asking price of […]

Mark Hulbert: Dow 32,000? If dividends counted, the index could be more than 1 million points higher

The Dow Jones Industrial Average should be trading not near 32,000 but actually above 1.2 million. I am not making some wildly bullish prediction about the stock market in coming years. I am instead reporting where the Dow DJIA, +1.46% would be trading now if it had incorporated dividends that component companies have paid over […]