Kelley Blue Book: How much does it cost to charge an electric car? We do the math 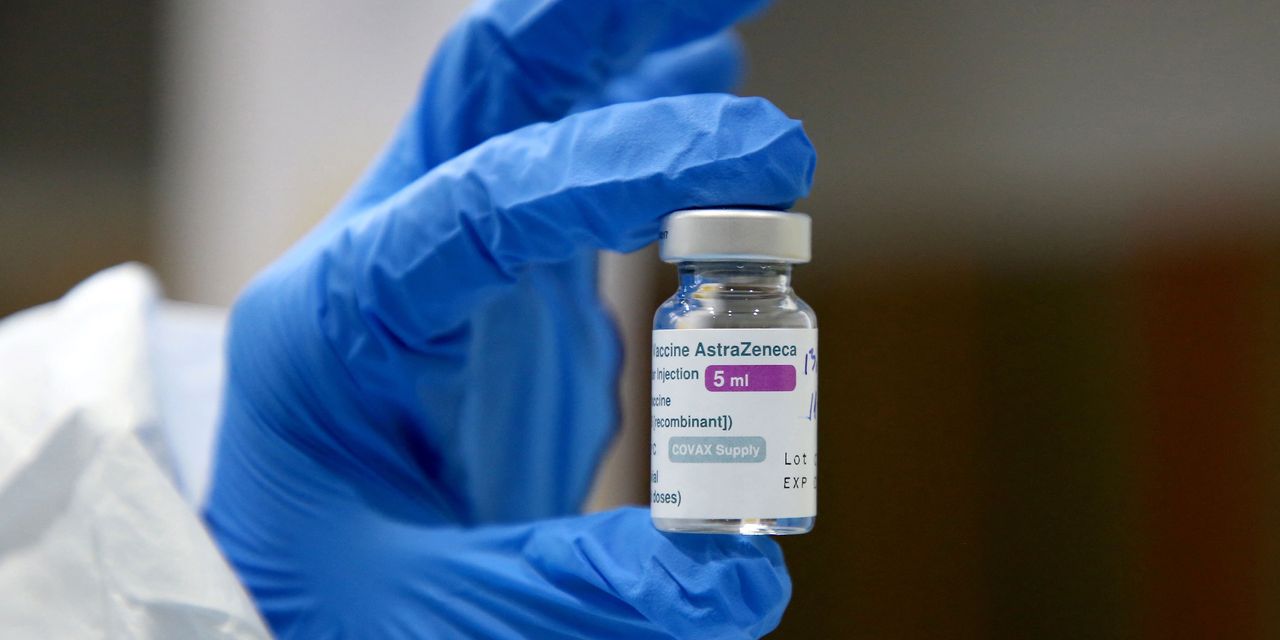 European stocks opened higher on Tuesday, chasing Monday’s momentum from Wall Street as concerns continue over the rollout of COVID-19 vaccines across the continent.

Dow futures YM00, were pointing down around 50 points, set for a weak open after the Dow hit a new high on Monday and closed at 32,953.

Broad worries about the rollout of COVID-19 vaccines in Europe persisted into Tuesday, after contributing to driving down European stocks on Monday as the Dow DJIA, and S&P 500 SPX, indexes posted a third day of record highs on Wall Street.

“It seems likely that last night’s late U.S. rebound is likely to aid into a modestly positive start for markets here in Europe later,” said Michael Hewson, an analyst at CMC Markets.

“One positive sign among all the jitters is that the EuroStoxx600 Travel and Leisure index has recovered all of its post pandemic losses, posting a record high yesterday, although the airline stocks have lagged behind those of the better performers in that particular sector, which have been the gaming companies,” Hewson added.

The latest inoculation worries center on the vaccine developed by AstraZeneca and Oxford University. Germany, France, Italy, Spain, and the Netherlands joined countries across Europe on Monday, pausing the use of the vaccine following concerns that it could contribute to blood clots.

The World Health Organization and the European Medicines Agency maintain that the vaccine is safe. It continues to be used in the U.K., where it has been distributed to more than 10 million people with no evidence of related serious adverse events, according to the WHO.

“The problems are also likely to delay the timeline of an economic reopening across Europe, as the vaccination program sees vaccine shortages get more acute, with the result that more people are likely to become infected, and possibly die,” Hewson said.

Shares in German auto giant Volkswagen VOW, buoyed Frankfurt trading, rising around 4.5% following the release of the company’s annual report for 2020. The group continued to press its ambitious plan to pivot toward electric vehicles, and said that targeted cost cuts would boost margins in the next few years.

Shares in Varta VAR1, , a German manufacturer of batteries, jumped near 10%.

Credit Suisse CSGN, stock rose more than 2% as the Swiss bank issued a trading update noting a very strong start to 2021, including the highest level of pre-tax income in January and February in more than 10 years.

Shares in NatWest NWG, fell near 3.5% after the British financial regulator, the Financial Conduct Authority (FCA) brought money laundering charges against the bank. The FCA alleges that NatWest failed to comply with anti-money-laundering rules.

Morphosys MOR, stock was one of the biggest fallers in Europe. Full year earnings released today failed to impress investors in the biopharmaceutical company, dual-listed in Frankfurt and on the Nasdaq.

Capitol Report: ‘This can be a moment of significant change’: Biden, Harris call on Congress to act on police reform after Chauvin verdict

President Joe Biden and Vice President Kamala Harris said the guilty verdict in the Derek Chauvin trial can be a moment of “significant change” for the U.S., even as work remains on reforming the nation’s law-enforcement system and confronting racism. Chauvin on Tuesday was convicted on three counts of murder and manslaughter in the death […]

Need to Know: Insiders selling shares and four more bad signs for the bull market, according to this strategist

U.S. stocks are set for another day on the back of the bull market, with futures pointing up amid a corporate earnings season that keeps wowing investors. But another day of the S&P 500 SPX, -0.08% rising isn’t new: The index is up a staggering 42% over the last year and more than 11% in […]

Key Words: ‘What, do you think deer are wearing Kevlar vests?’ — Biden gets colorful in calling for gun control

President Joe Biden on Wednesday night put the image of wildlife wearing body armor into Americans’ heads, as he continued to make his arguments for gun control. He offered the following lines in his first speech before Congress: “ ‘Talk to most responsible gun owners and hunters — they’ll tell you there’s no possible justification […]