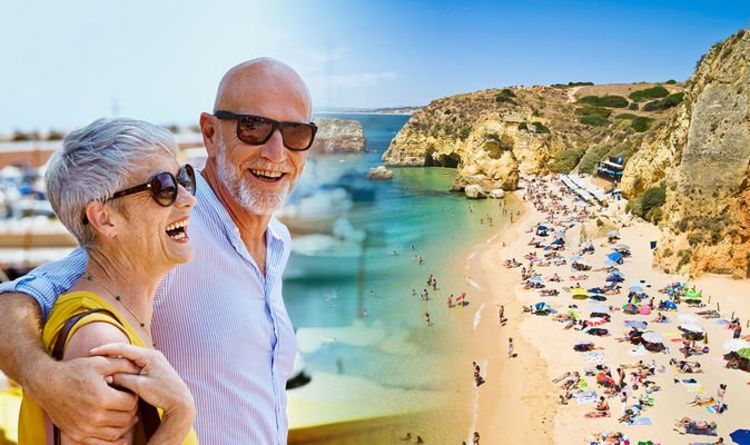 Expats looking to relocate into the sunshine have long packed their bags and departed the UK for Spain. While its Iberian neighbour Portugal is also a favourite for expats, since Brexit some experts have pointed to it being a better alternative due to new visa processes and the “cost of living”.

Experts from AB Property Marketing have compared the cost of property and lifestyle in both nations and concluded Portugal comes out on top for savings.

“And with property priced at €1,185 per square metre, Portugal’s homes are also cheaper than pretty much all of western Europe.”

READ MORE: When is the next travel review? 12 potential green list countries

While both nations offer sunshine and a toasty climate, the experts point out there are a few subtle differences between the “lifestyle” offering in each.

“For those who like to treat themselves while on holiday, Spain is the place to be,” explains the expert.

“From designer clothes to yachts, the country’s southern shores are awash with high-end goods and upscale beach clubs – far more so than that Algarve, which tends to deliver luxury in a rather more laid-back fashion.”

Marc Pritchard, sales and marketing director of Taylor Wimpey España added: “Spain has long been a favourite destination for British holidaymakers and second-home buyers. Its vibrant towns, superb gastronomy and cosmopolitan atmosphere are ideally suited to relaxation and enjoyment.”

Despite this, the lifestyle Portugal can offer is described as “enviable”.

AB Property said: “Portugal delivers an enviable lifestyle, particularly in the sun-kissed Algarve, with its stunning coastline, world-class golf and marine sporting facilities and its picturesque towns and villages packed with independent restaurants and cafés serving up the delicious local cuisine.”

Prior to Brexit, Britons could move to either nation with ease thanks to the freedom of movement offered under European Union (EU) membership.

However, since January 1, 2021, new post-Brexit rules means Britons must apply for visas when moving to either nation.

“This requirement will rule out the option of retiring to Spain for many.

“The visa also does not restrict you from working or setting up a business as the Spanish NLV does.”